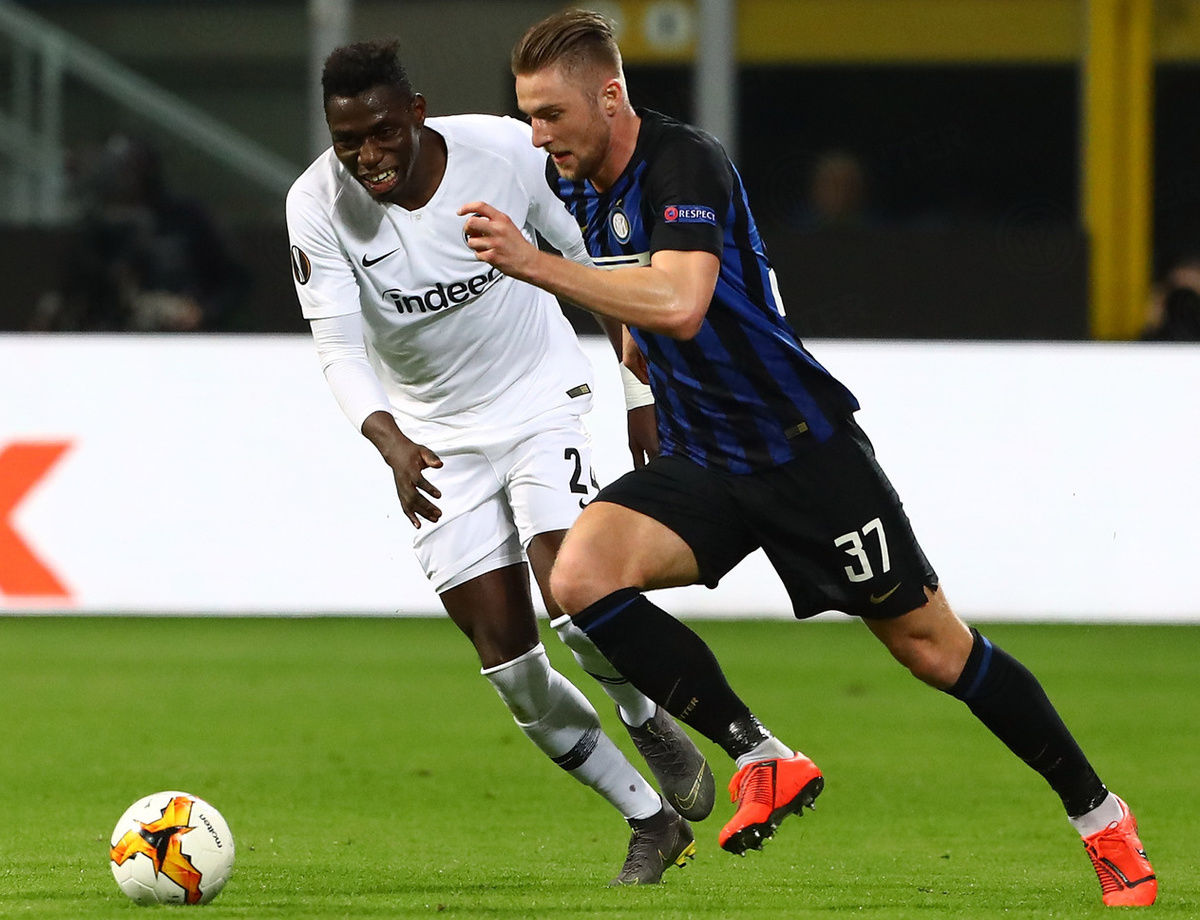 MILAN - It hurts to describe our elimination. Primarily because we had plenty of time to turn it around but couldn’t manage it in the end. We’re paid the price for a rare De Vrij mistake, one that allowed Jovic to score the tie’s only goal.

However, it would be wrong to condemn our defender, whose performance levels this season remain high. We gave it our all, even giving time to Primavera starlets Esposito and Merola, although it ultimately wasn’t enough.

Our match statistics demonstrate that we failed to threaten Eintracht Frankfurt on a consistent basis: 54.1 per cent possession, 47.7 individual duels won, 11 interceptions, 411 passes and 76.7 per cent pass-completion (below out season average of 85 per cent). We were lacking up front, unable to finish.

In terms of individual performances, Handanovic did well with three of four vital saves while Milan Skriniar showed heart in defence and when playing in midfield. The Slovakian had a pass success percentage of 90.5% (38 from 42), he created one chance, made five blocks and three interceptions. The attacking spark from Politano (two shots from outside the area) wasn’t enough, nor was the return of Keita after a long absence and he was unable to take advantage in the first half when a heavy touch allowed Trapp to claim the ball. Finally, credit to Eintracht Frankfurt for their performance which took them through.

Now, it’s on us to recover and focus on the derby. These games are vital as we look to make it into Europe next season and we can’t slip up!

Next
From Appiano to San Siro: the Derby in 40 kilometres

Inter beaten 3-1 at the Olimpico

The battle at the Stadio Olimpico: photos from Lazio 3-1 Inter