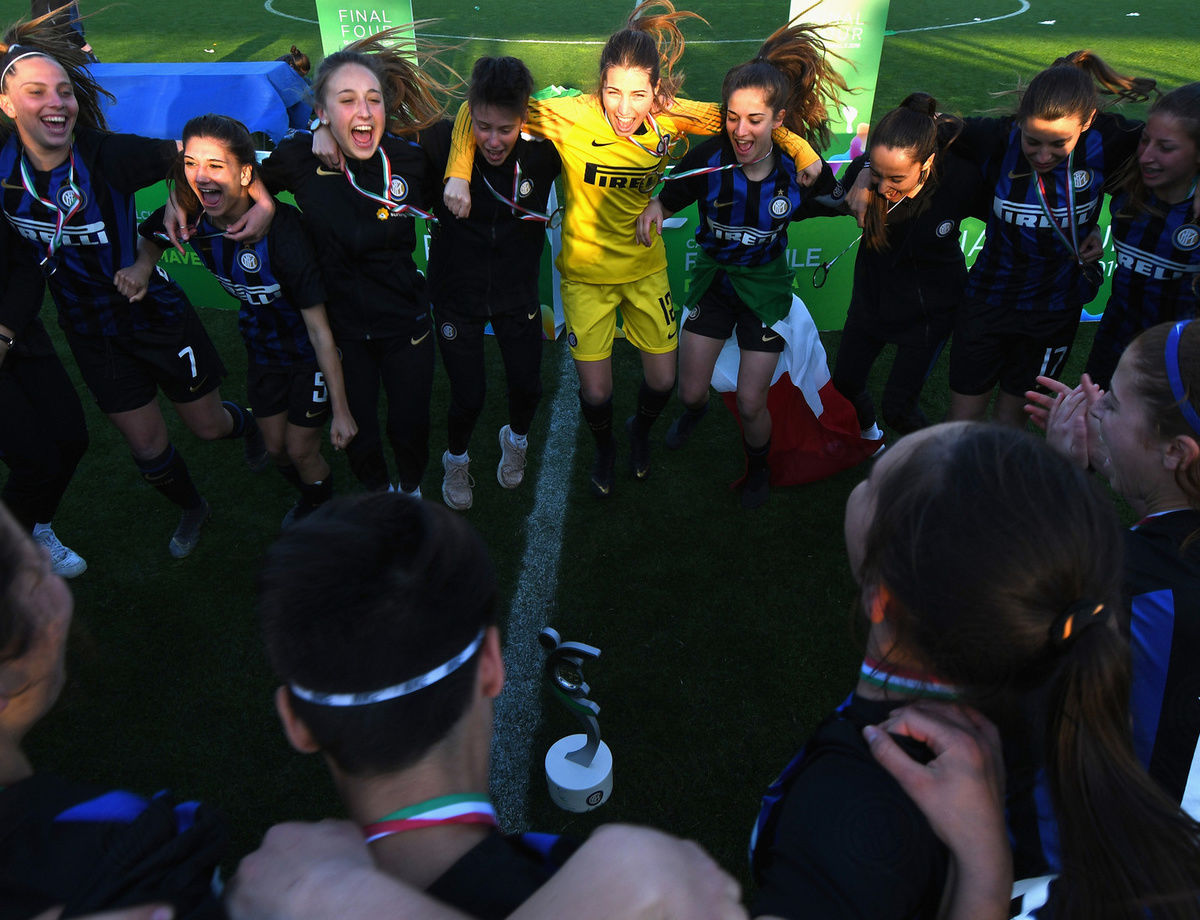 UNDER-19, INTER WOMEN VS. ROMA: COMMENTS AFTER THE SCUDETTO CELEBRATIONS

Comments from Coach Alessandro Ruocco, the captain Pastrenge, Astrid Gilardi and Bianca Vergani after winning the title in Coverciano

COVERCIANO - "It was a fantastic win, even more special because of how it happened. The semi-final against Juventus made us aware of what we could do and we’ve finished our journey in the perfect way with this win. This is a group that wants to work and grow, they’re girls who make lots of sacrifices and who deserve this." These were the comments from an emotional Alessandro Ruocco after his Women’s Under-19 side won the Primavera Scudetto.

The match against Roma was full of drama before finally being settled by the brilliant Astrid Gilardi. She first saved the 19th penalty in the shootout before stepping up herself to score the winning spot kick. "It was wonderful to score the final penalty, but credit goes to the whole team for this achievement. At the beginning, I was a bit nervous but I was convinced that I could score. We kept believing until the very end."

"It’s an indescribable emotion," added Bianca Vergani. "It’s a Scudetto that we all won together with heart. We wanted this win, I dedicate it to the families and everyone who has supported us." Lucia Pastrenge was singing from the same hymn-sheet: "I’m proud to be the captain of this magnificent team. Congratulations to our goalkeeper, we know that penalties are a lottery but we did it. It was a great win against Juventus and today is an even greater satisfaction."

Zanetti and Milito, the conversation between two Triplete heroes