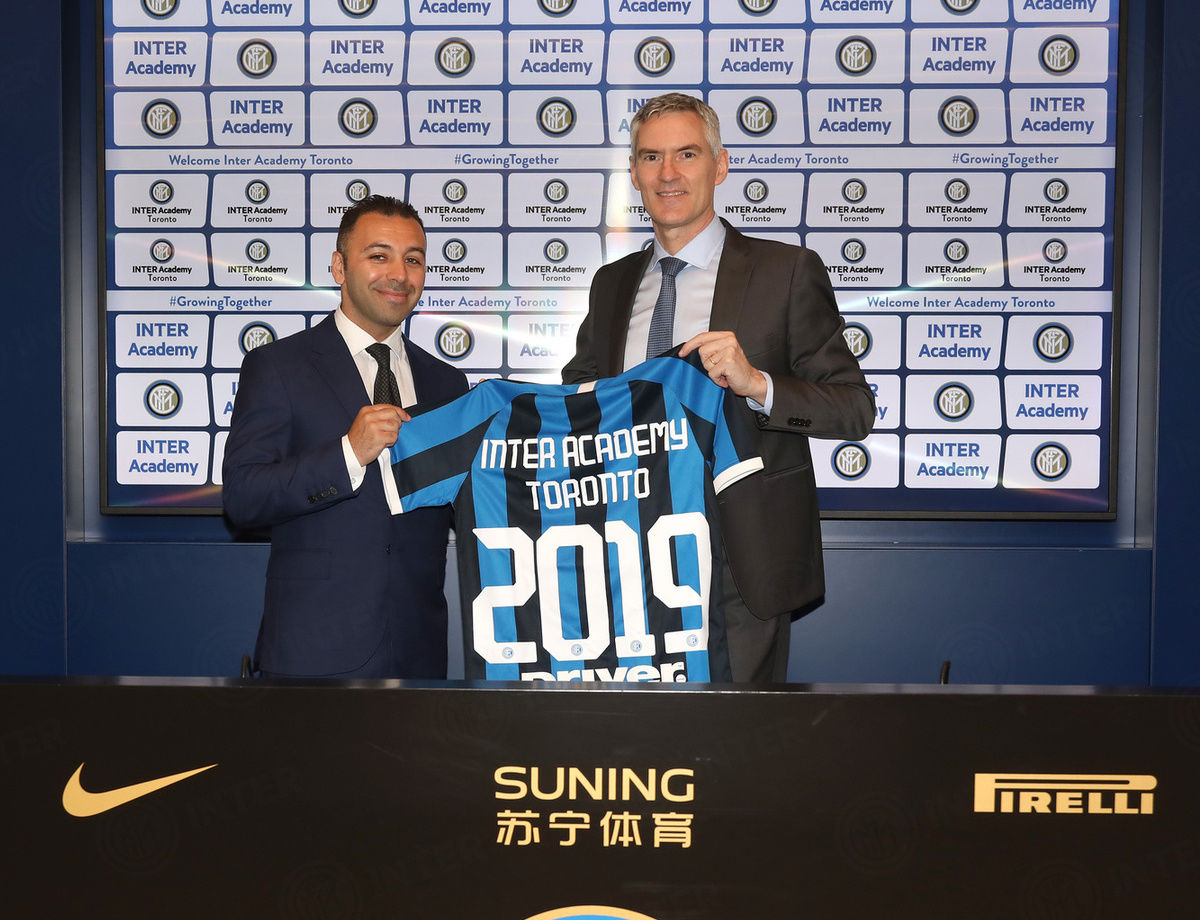 MILAN – A new adventure has begun for Inter Academy, which is celebrating the birth of a prestigious overseas project: the first permanent undertaking on Canadian soil. Football is now sport which is practised the most by youngsters – both male and female – in Canada, and this marks a further step towards North America for the Nerazzurri after their positive participation in the coaching conference at Stanford University and the United Soccer Coaches Convention in Chicago.

"It’s with great satisfaction that we present this project, which makes us key players in Toronto," Alessandro Antonello said. "And it will also allow a common growth based on the sharing of our technical know-how as we train coaches and youngsters in their country. High technical but also ethical standards will be the basis of this partnership. It represents a new, important step for the Nerazzurri colours on a worldwide scale."

"We are really happy and honoured to welcome a glorious club like Inter to Canada," commented Beniamino Perretti. "Having the opportunity to share the values and methodologies of the Nerazzurri’s Elite Academy and to put them at the disposal of our young players is cause for great enthusiasm. I'm sure it will be an extraordinary journey."

The technical activities will commence with a number of Open Days lasting a week. The inauguration of the Academy will take place in October in Toronto, with a Nerazzurri Ambassador set to attend.

Next
#Lugano2019, photos from the fifth day of training