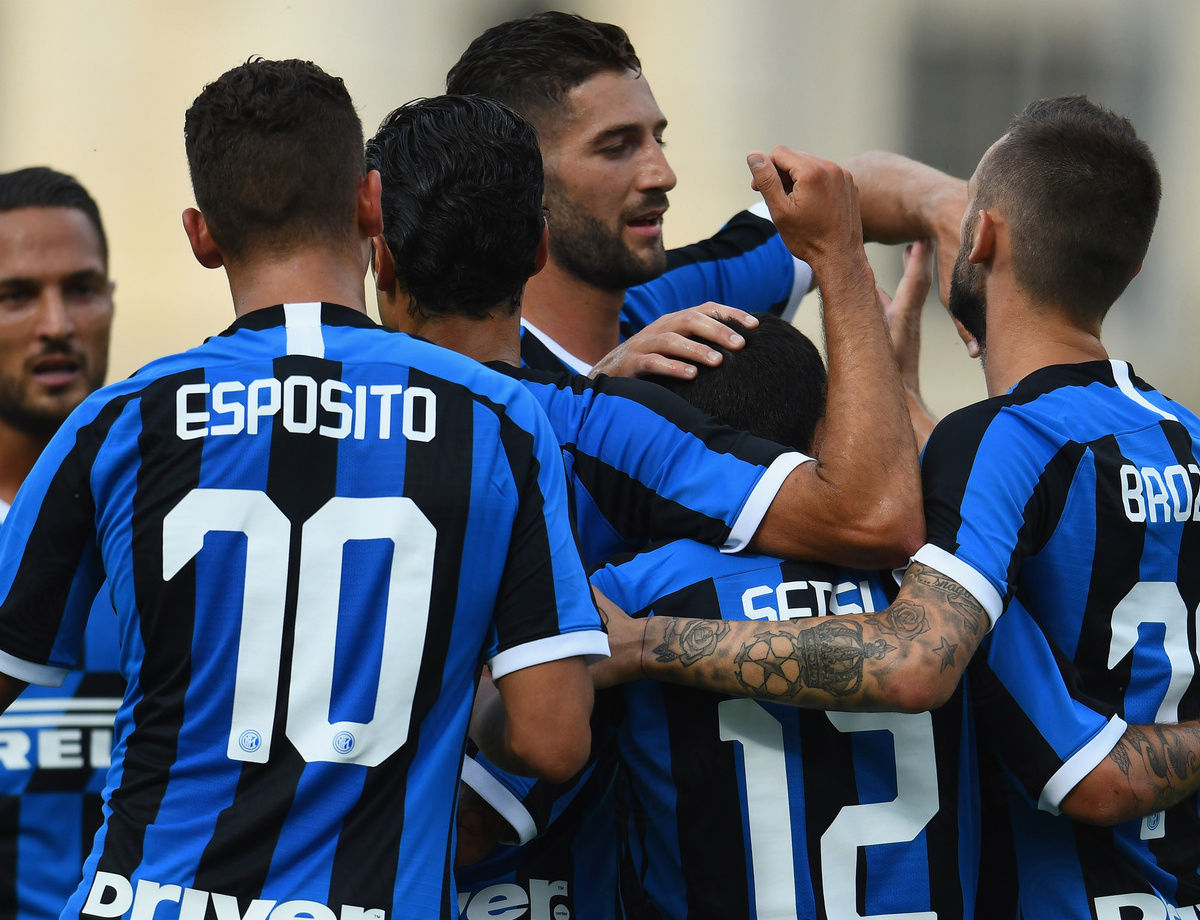 CASINÒ LUGANO CUP: SENSI AND BROZOVIC ON THE SCORESHEET AS INTER BEAT LUGANO 2-1

LUGANO - Inter secured a win during their first outing of the season on Sunday. Our training camp in Lugano ended with a win during the Casinò Lugano Cup at the Cornaredo Stadium. Sensi and Brozovic were the players with the goals for Antonio Conte’s side as they won 2-1. Meanwhile, Kryeziu pulled one back for the hosts in the 87th minute.

After an intense week of hard work, the players were raring to go – both physically and mentally. The Nerazzurri set out with a 3-5-2 formation, looking to dictate play right from the off. Their first real chances came in the seventh and eight minute from Longo and Skriniar respectively. This was then followed by a header from Perisic in the 17th minute that went over. Five minutes later, the visitors proved to be a threat down the flanks once again, with Baumann keeping out Perisic at the near post. However, this was the necessary prelude for the game’s first goal, as Sensi struck the game’s opener in the 25th minute. Brozovic was the man with the assist before the Nerazzurri’s new signing smashed a right-footed strike past Baumann.

Perisic soon continued providing chances for this teammates, as he set up Gagliardini whose header was saved by Baumann. De Vrij then found the back of the net one minute later from a set-piece, although his effort was ruled out for offside after consulting VAR. The game’s second goal was then scored in the 45th minute, with Perisic teeing up Brozovic who fired a fierce right-footed effort into the top corner.

Following the interval, Sensi threatened once again in the 55th minute, although the Lugano shot-stopper this time made the save. Five minutes later Conte made nine substitutions yet the team stuck to their 3-5-2. Valentino Lazaro and Agoumé notably came on to make their Inter debuts. After a failed free-kick from Esposito in the 70th minute, Lugano then managed to pull a goal back through Kryeziu in the 87th minute. This didn’t alter the eventual outcome, however, with the team securing their first win of the season before flying to Asia for the 2019 Inter Summer Tour.

Next
Inter 2-1 Lugano: The photo gallery from the Casinò Lugano Cup