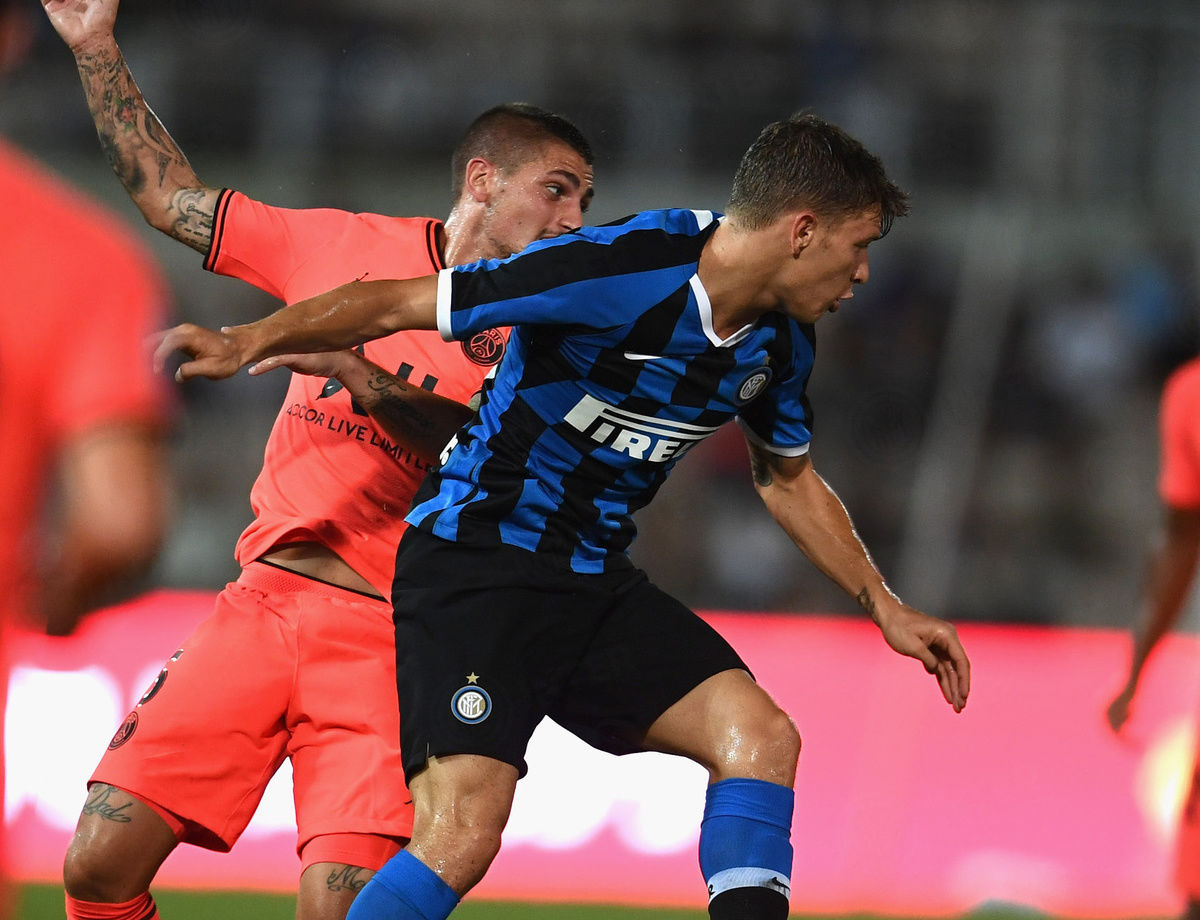 MACAU - The International Super Cup match against PSG ended in victory for Inter, as they won 6-5 on penalties. There are many positives to take from the game which was brought level right at the death by Longo’s equaliser.

In what was Inter’s final test on their tour of Asia, played at the Complexo Olímpico in Macau, Antonio Conte named a starting line-up including Bastoni and Barella. Diego Godin also registered his first minutes on the pitch in Nerazzurri colours in the second half.

Both teams started aggressively with the first minutes of the match very much an end-to-end affair. Sarabia's shot down the middle, easily parried by Handanovic, was followed by Brozovic's right-footed effort from outside the box. Two rebounds fell to Esposito, but both of his efforts found Areola alert.

Inter were rampant with constant threats down the wings and a high press throughout, and they got close to taking the lead in the 11th minute as Areola did well to prevent a Diallo own goal. The Nerazzurri threatened again in the 15th minute as Brozovic played a great ball through to Perisic, but after a good first touch the second was too heavy from the Croatian forward.

The Nerazzurri played good possession football in all areas of the pitch, and in the 22nd minute Esposito was at the heart of it once more, delightfully plucking the ball out of the sky in the PSG box after Brozovic’s chipped through ball, although just a minute later the fans’ applause was instead for D'Ambrosio’s vital challenge at the other end of the pitch.

The tempo slowed due to the heat and humidity after the water break halfway through the first half, but 17-year-old Sebastiano Esposito continued to cause problems for the PSG defence, compounding what was an excellent first-half performance.

The scoreline first changed in the 40th minute, and despite good play from the Nerazzurri it was PSG who took the lead, as Kehrer’s glanced header from Mbappe’s free kick brushed the crossbar and beat Handanovic to go into the net.

Inter tried hard to get back into the game during the final stages of the first half, although the French outfit headed into the interval one-goal up.

The second half started with no changes for either side but with Inter on the front foot. Perisic had a good chance to seal an equaliser early on, although he was prevented by Areola before his rebound then missed the target. Three minutes later, it was Barella’s turn to shoot, whose effort was also kept out by Areola.

PSG responded in the 54th minute through Draxler, although his shot on the turn was saved by Handanovic. The goalkeeper was then involved once again two minutes later, doing well at the front post to prevent Sarabia.

Following a whole host of changes in the 66th minute, with Diego Godin coming on to make his Nerazzurri debut, Inter threatened via a header from Gagliardini as he earned the Nerazzurri a corner.

Youngsters Colidio and Pirola both came on in the 81st minute before PSG enjoyed a promising counter-attack four minutes later. As tiredness set in and the game became increasingly stretched, Gagliardini met a cross from Candreva well but his scuffed shot was saved.

D’Ambrosio was then involved in yet another Nerazzurri chance before Inter’s equaliser was scored in the dying stages. Gagliardini was man with the assist before Longo fired a right-footed effort past Areola.

It was then down to penalties to settle the International Super Cup, with Handanovic stepping up to keep out both Aouchiche and Zagre. Joao Mario then slotted the final spot-kick, as he sealed the win for Inter.

The Nerazzurri will next be in action on Sunday 4 August, as they travel to London to face Tottenham Hotspur in the International Champions Cup.

Next
Bastoni: "It was a really intense encounter but we're pleased with the result"

Inter Quiz – Guess Who, the solutions

Ask Vecino! Your questions for our Inter number 8