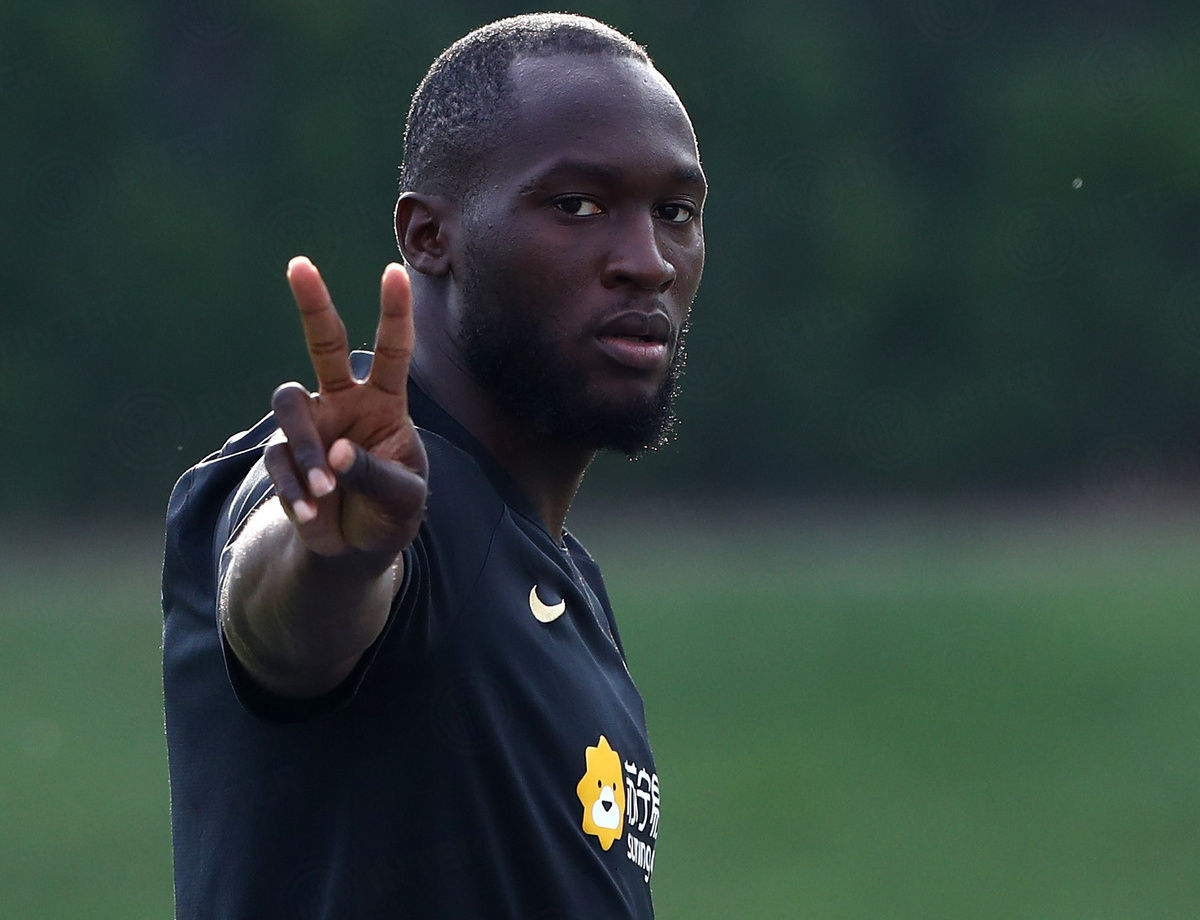 LUKAKU: "INTER, WHAT A FEELING! SOMETHING BIG IS EMERGING"

The striker to Inter TV: "I've always followed Inter, ever since the UEFA Cup final in 1998"

MILAN – Not even a month has passed since his arrival in Milan, but Romelu Lukaku is already fully immersed in the Inter universe. And his connection to the Club only deepened with his debut goal against Lecce. The Belgian striker has now scored five goals in four debut appearances in league football (in addition to his strike for Inter, he also found the back of the net for Manchester United twice in 2017/18, Everton in 2013/14 and West Bromwich Albion in 2012/13). He talked about how he was feeling to Inter TV: “I’m always ready and prepare well. For the goal, I knew where the ball would end up: it was a fantastic moment, my whole family was at the stadium. I also knew that we would win, also because we’ve been training really well.”

Lukaku’s debut in the Inter shirt came in front of over 64,000 spectators at the Meazza: “Everything was very special. I’ve missed playing in such a warm environment, with flags and a full stadium before kick-off. It was special and I was really excited: I had goose bumps because the history of the club really was perceptible. I thought of all the great players who have played in that stadium, while the crowd got behind us during every piece of play. There's the feeling that something big is emerging this season, but now we have to continue working hard because the road ahead is still a long one. However, the start we’ve made has been fantastic.”

First and foremost, Lukaku is a big football fan and has great affection for the Nerazzurri colours: “The first final I saw on TV was Inter 3-0 Lazio at the Parc des Princes. This is one of the reasons why I’ve always followed Italian football. I’ll never forget Ronaldo’s goal and the skills he showed in that game. What a spectacle! And then I also adored Adriano with his great stature and left foot…I really liked him.”

That young lad who dreamt of Serie A has come a long way, despite experiencing some difficulties during his childhood: “I’ve been on a journey that has brought me here. When I was 17/18, I told myself that I wouldn’t look back anymore. The past is the past. Obviously, you never forget where you’ve come from. I’m thinking about the present and the future because I don’t want my family to go through what I did. I want them to have a good life without, however, forgetting important values and principles in life. I’m really fortunate to be here and will always keep my feet on the ground. I will continue to work hard every day in order to provide my family with great opportunities, but also to help my teammates to win games.”

Many people highlight Lukaku’s physical prowess, but it’s clear that the Belgian man has to play against other giants in training: Inter’s defenders. “Each of them has important characteristics: Skriniar marks you tightly, De Vrij’s positioning is excellent. Godin reads the play excellently. Ranocchia and D’Ambrosio are tough guys, as is Bastoni: he might be young, but he’s made an impression on me and builds the play well with his left foot. They are all fantastic and it’s very useful to come up against them in training. I want to play against the best because this is how you can prepare for matches.”

Lukaku is settling in very well in Milan: “I like it here, as does the whole of my family. With me, it’s very easy: I go to training and return to my loved ones at home.”

Finally, he had this to say about the Champions League draw, which will see Inter play Barcelona, Borussia Dortmund and Slavia Prague: “There’s only one way to go about this group: prepare for every match in the best possible way. After the international break, we’re hoping that everyone returns in good shape and without any injuries. We’re taking it one game at a time, starting from this weekend’s match against Cagliari.”

Next
Focus Congo, Inter Campus as seen by those involved