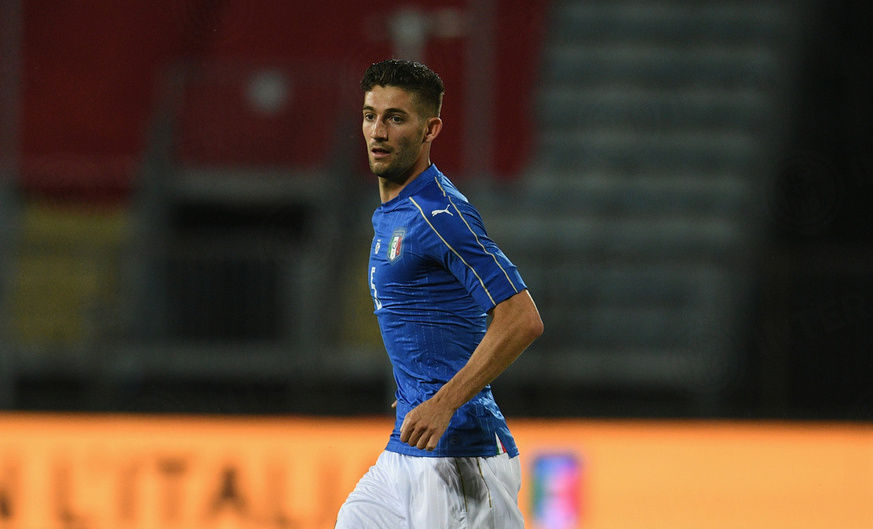 INTER AND THE U21 EUROS: A SERIES OF SUCCESS STORIES

From Nazzareno Canuti in the 1970s to Roberto Gagliardini today: a long line of Nerazzurri players have represented Italy at under-21 level

MILAN –  Nazzareno Canuti – who was part of Eugenio Bersellini’s Serie A championship-winning team in 1980 – was the first Inter player to represent Italy at the Under-21 European Championship. The defender featured back in 1978, the first year in which the tournament was held in its current format. He played in the return leg of the Azzurri’s quarter final clash with England, which ultimately sent Azeglio Vicini’s boys home. Nonetheless it marked the beginning of a series of success stories involving Inter players and the Italian youth side.

In keeping with tradition at Inter, a club on the hunt for success both in Italy and internationally, Walter Zenga, Riccardo Ferri and Gianfranco Matteoli represented their country in 1986. The tournament saw the Azzurri under-21 team reach the final, only to be defeated on penalties against the Spanish side led by Luisito Suarez. Six years later, Dino Baggio was part of Italy team that won the tournament in 1992, a feat that was then matched by Salvatore Fresi and Alessandro Pistone in Spain in 1996. Other Nerazzurri men to have played at the tournament – from the list of 51 Inter players to have represented Italy’s U21 team – include Favalli, Potenza, Toldo, Carbone, Ventola and Andrea Pirlo. The latter is the former Inter player to have scored the most goals (16) and made the most appearances (46) for the U21 side.

In 2013, the Italy U21 team, led by Devis Mangia, headed to Israel with six Inter players in their ranks. Those Inter players travelled to the tournament having had their fair share of success in the youth ranks, having won the Primavera championship in 2011/12, the Torneo di Viareggio in 2008 and 2011, as well as the NextGen Series in the 2011/12 season. Francesco Bardi, Matteo Bianchetti, Luca Caldirola and Giulio Donati all featured in the final – held at the Teddy Kollek Stadium in Jersualem – where they were up against a Spain team featuring Isco, Alvaro Morata and Martín Montoya, who himself enjoyed a brief loan spell with the Nerazzurri, making four appearances. The full back, who came through the ranks at Barcelona, is not the only foreign player to have represented Inter on this particular international stage. Igor Shalimov was a winner with USSR in 1990 and won the UEFA Cup with Inter in the 1993/94 campaign, in a side which featured Nicola Berti and Win Jonk. Laurent Blanc and Jocelyn Angloma were other key contributors to that Inter triumph and themselves won the Under-21 European Championship in 1998 for France.

Roberto Gagliardini now has the arduous task of replicating those past glories. He has been picked by Luigi Di Biagio – another man with Inter in his blood –  in the 23-man squad that will compete in Poland. The midfielder arrived at the San Siro in January last year and has taken no time at all to find his feet with the Nerazzurri. He has shown character and bite in the tackle, has played with his head held high, showed good movement off the ball and has chipped in with a goal or two to boot. He will be joined in the team by Marco Benassi and Luca Garritano, two players who developed at the Inter youth academy, currently in the capable hands of Roberto Samaden. It is further testament to the club’s ability to pick, train and develop players that are ready to represent a country that is truly mad about football. We hope they come back victorious.