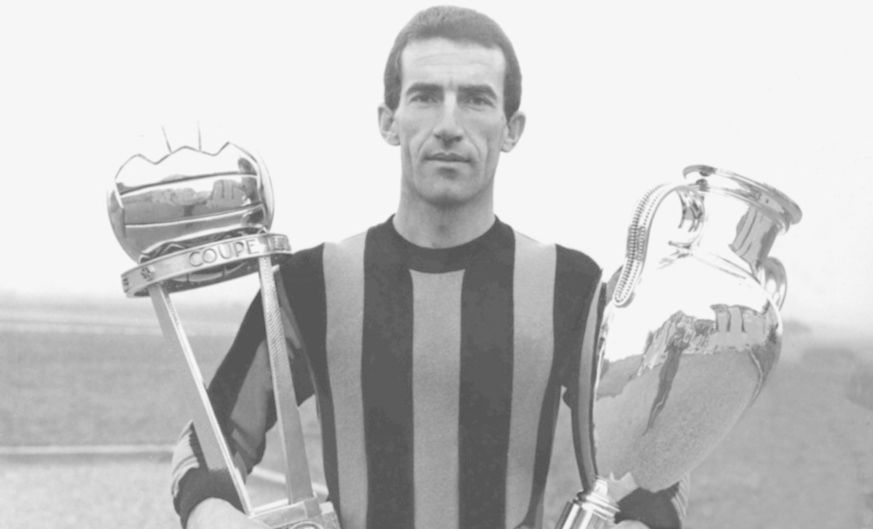 ARMANDO PICCHI AND THE EUROPEAN CUP

MILAN - "Next time I want it to be me lifting that trophy." Inter captain Armando Picchi was in no doubt as he watched the grainy footage of AC Milan v Benfica on his television set. The year was 1963 and the Nerazzurri leader promised one of his friends he'd win the European Cup, a trophy Inter had never lifted. The anecdote, which appeared in national daily La Repubblica, perfectly sums up the personality of a man who helped to promote the city of Milan around the world as captain of the iconic "Grande Inter" side.

Picchi was a one-off. He began playing football in the caged courts at Livorno's beachside resort Bagni Fiume. Young Armando first kicked a ball within shooting distance of the Mediterranean, as he learned to deal with the awkward bounces the concrete surface threw up. He had no idea that his hometown's stadium would later be named after him. Livorno would always have a place in Picchi's heart. He began his career there both as a player and, many years later, as a coach, making his mark in the latter role immediately. It came naturally to him after playing at sweeper under "Il Mago" Herrera, as he came to understand football quicker and better than anyone else.

Armando Picchi was all of that, the pre-cursor to a role which has become crucial in football - the man who starts moves - but also an extraordinary leader. Three league titles, two European Cups and two Intercontinental Cups are proof of his greatness as a player. He was a man who was equally at home playing at Bagni Fiume in Livorno, at San Siro or at the Prater in Vienna. What mattered to him was having a ball at his feet and one day lifting that cup. And he did so, twice in fact.