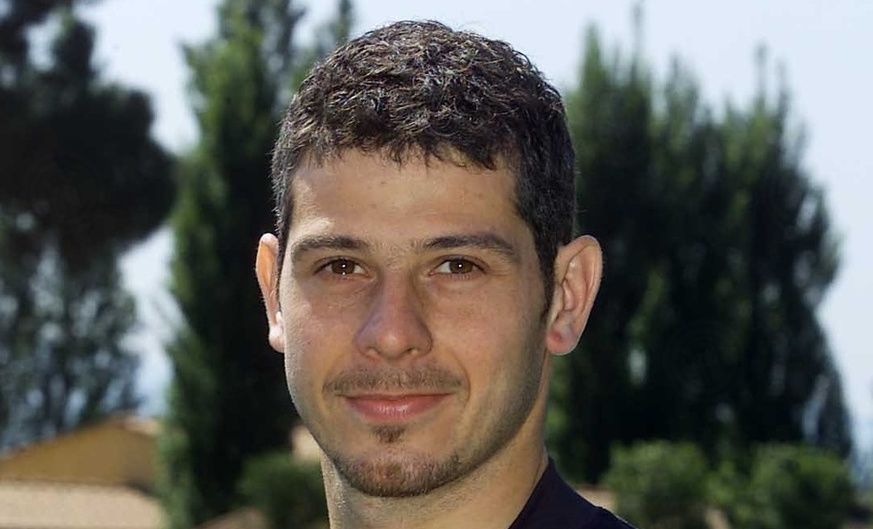 On 29 June 2000, the Amsterdam Arena witnessed a legendary performance from one of Inter’s greatest ever goalkeepers

MILAN – The year is 2000. Back in 1910, French artist Villemard had predicted that by the turn of the millennium, the world would be patrolled by flying policemen and fire fighters. In reality, of course, not all that much changed when Planet Earth stepped into the 21st century.

There was more than a whiff of destiny to the game. A few days before Christmas in 1999, Toldo had met a man named Alberto Ferrarini at a dinner. Ferrarini, from Treviso, studied ancient symbolism and Indian numerology. He also owned a driving school, for the record.

Ferrarini agreed to "read the numbers" for Toldo, proclaiming: "You’ll do great things in 2000. And you’ll be the starting goalkeeper at the Euros."

Nevertheless, when Italy coach Dino Zoff announced the squad numbers before the tournament, Toldo received the No.12 jersey. The chosen No.1 was to be Parma’s Gigi Buffon, but on 3 June Buffon picked up an injury that ruled him out of the competition. Christian Abbiati – a future rival of Toldo’s at club level (the hand of destiny again?) – was brought in to replace Buffon, and serve as back-up to Toldo. Francesco would indeed lead Italy at the championships in Belgium and the Netherlands.

Having helped the Azzurri to three wins from three in the group stages and a 2-0 defeat of Romania in the quarter-finals, Toldo’s mind was on that dinner a few months previously as he prepared for the game of his life. Kick-off in the semi-final was at 18:00.

On the morning of the match, during the team meeting, Ferrarini called Toldo. "Today’s the day! Listen, it all fits. The numbers don’t lie – believe that," he exclaimed, speaking in dialect. Toldo tried to explain that he was in the middle of a meeting, but Ferrarini insisted: "You’re a goalkeeper and there are going to be penalties. But don’t be afraid. You’ll save them all, or they’ll miss."

The events at the Amsterdam Arena that day would go down in the history of football. Reduced to ten men from the 33rd minute after the sending off of Gianluca Zambrotta, Zoff’s side produced a performance brimming with grit and character, marshalled by their inspired No.12. As Ferrarini had predicted, the Netherlands won two penalties during the game, in the 38th and 62nd minutes. The first, taken by Frank de Boer, was saved by Toldo, while Patrick Kluivert smashed the second off the keeper’s right-hand post.

But that wasn’t the end of the drama from the spot.

With the scores at 0-0 after 120 minutes, a shoot-out was the only way to settle the contest. Gigi Di Biagio dispatched Italy’s first, exorcising the demons of his decisive miss against France in the World Cup 1998 quarter-finals. Gianluca Pessotto and Francesco Totti scored too, the latter with an ice-cool chip.

There could only be one hero, however. Toldo denied De Boer once again in the Netherlands’ first spot-kick. Jaap Stam came next, sending the Italian the wrong way – but sending the ball blazing over the bar. Toldo, picking himself up from the floor, raised a first and remembered his friend, screaming: "Alberto! Alberto!" Kluivert did find the net, but Toldo saved from Paul Bosvelt to send Italy through to the final.

On 4 July 2001, a year after that magical, yet bittersweet summer (Italy were beaten 2-1 by France in the final, Sylvain Wiltord equalising in the third minute of added time before David Trezeguet scored a stunning golden goal in the 103rd minute), Toldo signed for Inter. It was the start of a beautiful partnership lasting nine seasons, with the keeper winning the Champions League, five Scudetti, three Coppa Italias and three Italian Super Cups in his 233 appearances for the club.

Toldo was a reliable starter and a dependable back-up. He was extraordinarily humble and sincere, his genuine smile masking a shyness. Francesco was a true leader, a man whose example won him the respect and love of all. Even now, many years after his retirement, Toldo still plays an integral role in the club’s Inter Campus and Inter Forever projects.

Villemard was wrong about the policemen and the firefighters. But he wasn’t that far off the mark. For on 29 June 2000, one man did fly. And he wore the Italy No.12 shirt.