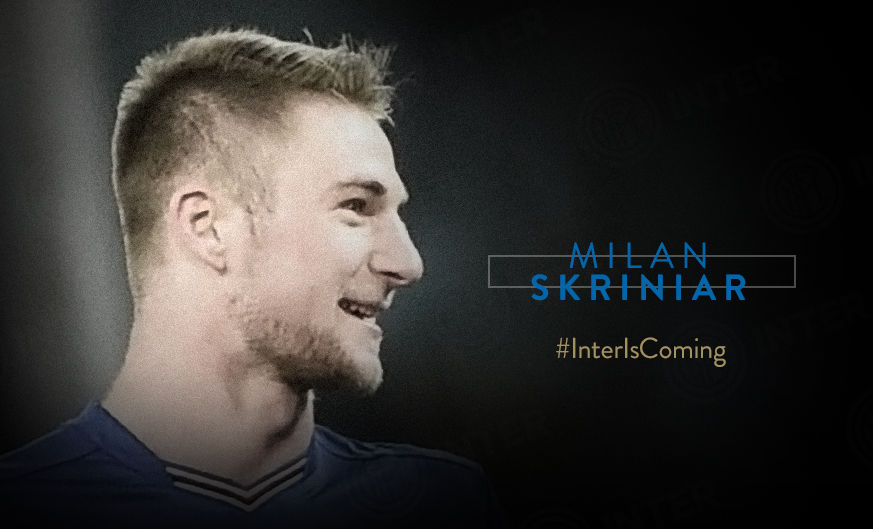 The Slovakian defender, 22, has signed a contract with the Nerazzurri until 30 June 2022

MILAN - Milan Skriniar has signed for Inter. The Slovakian has penned a five-year deal after the Nerazzurri agreed a fee with Sampdoria for the permanent transfer of the defender.

Skriniar, 22, began his career in the academy of hometown club Ziar nad Hronom, before moving to one of the country's most prestigious clubs MSK Zilina.

He made his first-team debut aged just 17 on 27 March 2012 in a 1-1 draw against Zlate Moravce, before establishing himself as one of the most exciting young prospects in the domestic league. Milan made 93 appearances in all competitions and he certainly knows where the goal is too, scoring 13 times en route to winning a domestic double and the super cup in 2012.

Sampdoria brought him to Italy in the 2016 January transfer window and he made his debut in a 2-1 home victory over Lazio in late April 2016. Last term, Skriniar played a key role for Marco Giampaolo's Blucerchiati, finishing the campaign as the youngest defender to have made at least 35 appearances in Serie A.

Milan has played for his country at every age group and made his senior bow for Slovakia in a 3-1 friendly win over Georgia on 27 May 2016. Skriniar also made his country's squad for last summer's Euros in France, featuring against England and Germany.

This summer he was involved in the European Under-21 championship, starting all three of his side's matches in Poland and recording a tournament high 13 clearances. He also made UEFA's team of the tournament.

Welcome to Milan, Mr Skriniar! Best of luck at Inter!

Next
#Brunico2017, fitness and tactics in 2nd session