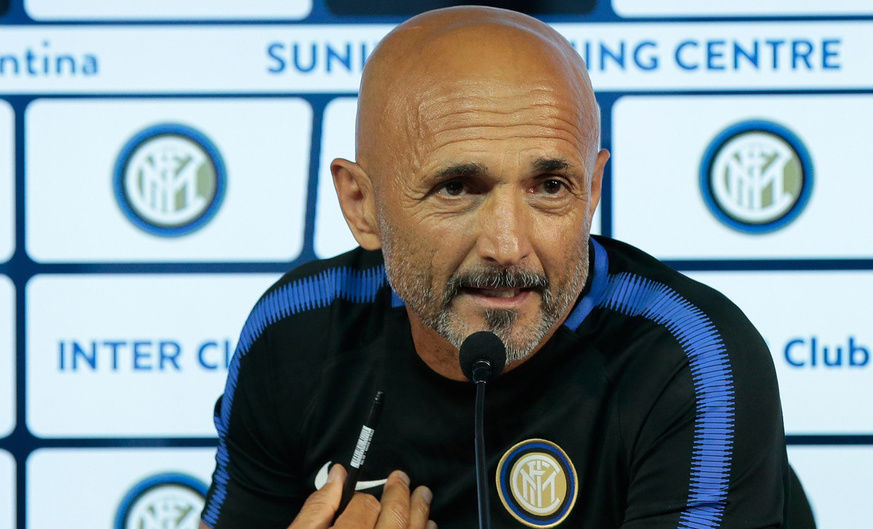 SPALLETTI: "WE'RE EAGER TO FACE OPPONENTS SUCH AS ROMA"

APPIANO GENTILE – It was press conference day for Luciano Spalletti as he faced the microphones ahead of departure for Rome. “I don’t want to set limits here at Inter, I have faith in the players and they have great potential and I want them to show it on the pitch against every opponent. We worked well in the week, the players have a positive attitude where they’re all very available to listen and they’re putting their quality on display. We have to show something more to compete with teams like Roma and other sides at their level, but, our season will be measured against this type of match. We have to get ourselves ready for the occasion and have the will to take on such strong opponents even if we’ve been working together for less time than this group of Roma players.”

Returning to Roma is a particularly poignant moment for Spalletti. “I’m going back to an environment that I have a strong attachment to and we’re taking on a top team. I’m not indifferent to Roma. I wanted the best for the city and that group of players and I’m very enthusiastic about going back. If I meet Totti, I’ll be very happy to embrace him again and it would be a pleasure to see him again.”

Comments were also made with a few days of the transfer window remaining. “Inter has its stars at home already, I’m happy to work with these players who have shown me what they’re made of. This is a strong team made up of strong players. We have a strong club where everybody has clear roles and the players I asked for were brought in. Set objectives were there to start with but you have to show good sense and stay within the rules. We’ve still created a strong squad which is capable of reaching the objectives which were set.”

Finally, the Head Coach discussed the two newest players in his squad. “Cancelo and Dalbert are two very attacking players which suits our idea of how we want to play,” added Spalletti. “At the same time, they need to know their timing in defence. It’s normal that this needs to be worked on but they are two players and professionals worthy of Inter.”

Next
Roma vs. Inter: The training a day prior