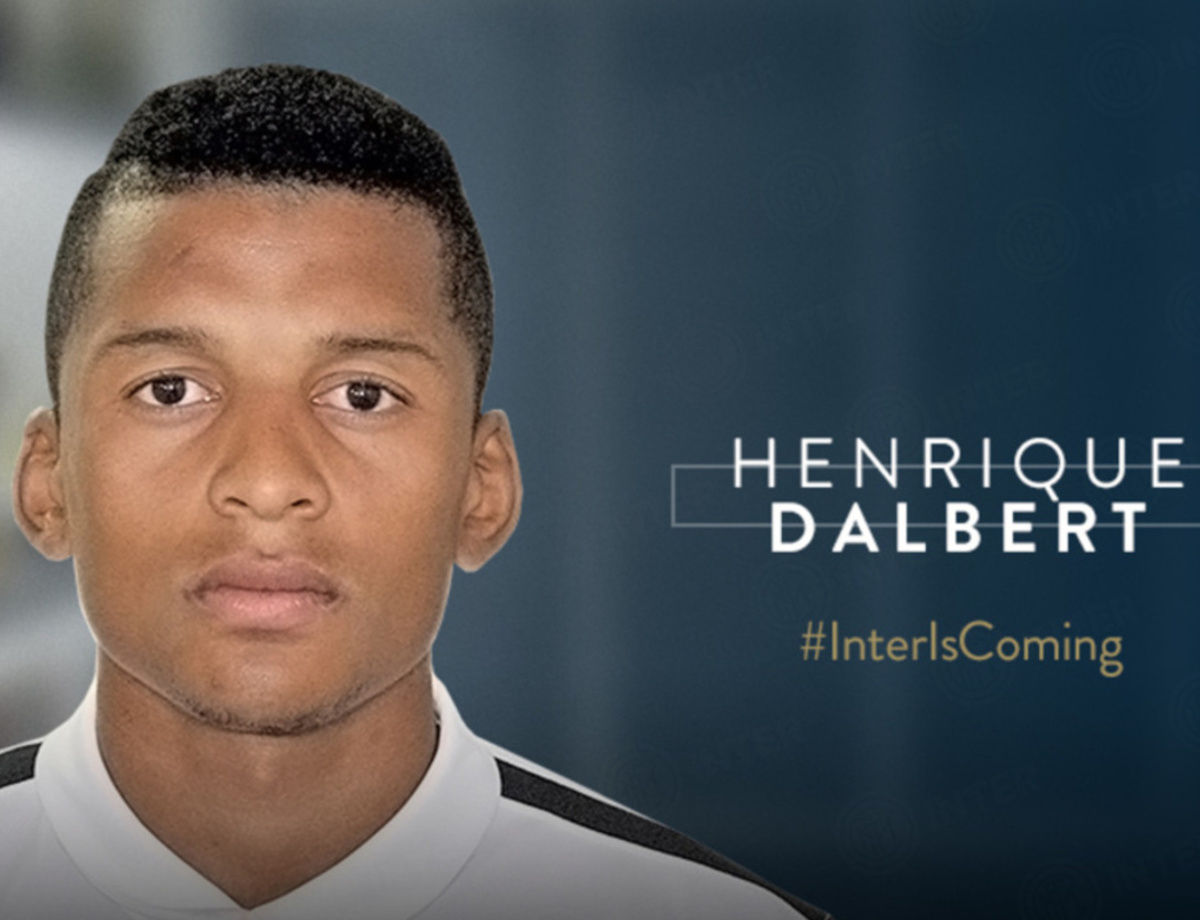 DALBERT IS A NERAZZURRI PLAYER!

Milan - Dalbert Henrique Chagas Estevao is now an Inter player, with the Brazilian full-back signing a contract until 30th June 2022.

Born on 8th September 1993 in Barra Mansa, with its 450,000 residents in the state of Rio de Janeiro, Dalbert initially began his playing career with his local team before then moving on to the youth academies at Fluminense and Flamengo. In 2013, he moved to European football as he was signed by Academico Viseu of the Portuguese second division. After two years of development (in 2014-15 he was named best left-back in the league), he moved up to the Primeira Liga with Vitoria Guimaraes, who were then managed by former Inter man Sergio Conceicao. In the 2015-16 season, he made a total of 27 appearances in the league and cups.

Last summer, Nice took a chance on Dalbert and it turned out to be a great decision. The Brazilian established himself as one of the most interesting left-backs in Ligue 1, as he made 33 league appearances; one in the French Cup and four in the Europa League. During this positive campaign, he was a key figure as Nice kept the pressure on Monaco and Paris Saint-Germany, ultimately finishing third and securing a Champions League spot where they will now face Napoli after beating Ajax. Under Lucien Favre, Dalbert showed great physical and technical ability as he got up and down the flank and he came up with four assists last season. Furthermore, he was the Nice player with the most crosses (94) and the most dribble attempts (100).

Now, he’s a Nerazzurri player. Welcome to Milan, Dalbert and good luck for our new adventure together!

Next
Dalbert's arrival in Milan