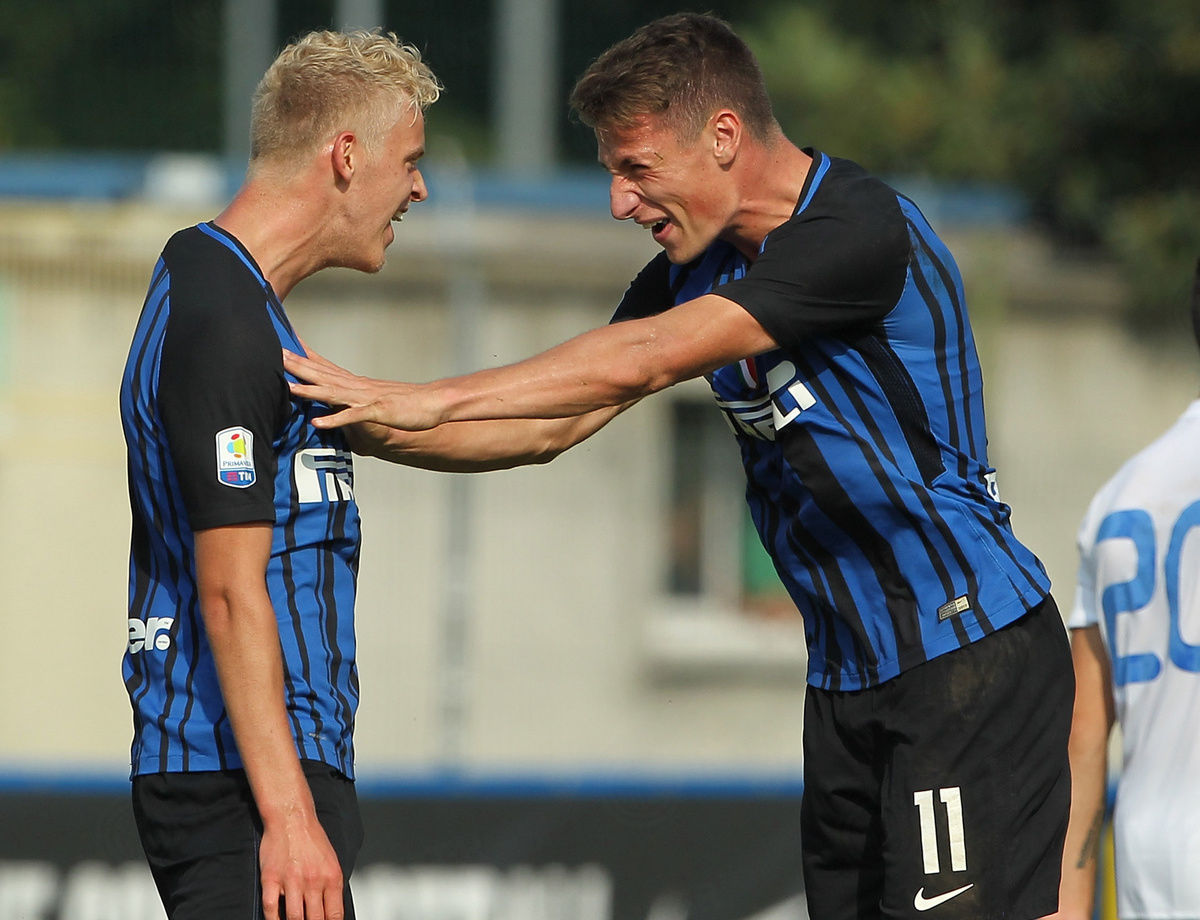 The opening fixture of the UEFA Youth League first round finished as a draw, with goals from Pinamonti and Odgaard helping Inter complete a comeback

SESTO SAN GIOVANNI - Stefano Vecchi’s side secured an impressive draw against Dynamo Kiev on Wednesday, effectively completing a dramatic comeback in the opening game of their UEFA Youth League - Domestic Champions Path first round. Played out at the Stadio Breda in Sesto San Giovanni, Inter initially went 2-0 down following goals from Tsitaishvili and Shaparenko, although the Nerazzurri simply refused to give up. With strikes from Pinamonti (69th minute) and Odgaard (71st) in the space of two minutes, the home side subsequently managed to snatch a well-deserved draw.

As for the game itself, Inter very nearly took the lead after just three minutes, although Pinamonti failed to beat Kucheruk after being put through one-on-one by Vanheusden. Just seconds later Odgaard then had a good chance, although the Ukrainian shot-stopper was present once again to produce a fine save. Vecchi’s side were soon made to pay for their missed chances early on, with Dynamo Kyiv taking the lead with just their first opportunity of the match. Tsitaishvili was the scorer, as he found the back of the net with an accurate finish.

Minutes after this initial setback, Inter then responded brightly and had two good chances through Odgaard and Zaniolo. Vecchi soon realised that a tactical change was needed however, bringing on Rover for Schirò and switching to a 4-2-3-1 formation. Not long after the Nerazzurri lost Zinho Vanheusden to injury, who was forced to leave the pitch on a stretcher due to a knee injury. Nolan was his replacement. These on-field changes very nearly had a swift impact, although Odgaard’s close-range effort was once again kept out by the opposition No.12.

Almost immediately after the interval, Zaniolo nearly grabbed an equaliser. The Nerazzurri No.10 drifted towards the area and subsequently fired a right-footed shot that ended up just over the crossbar. The 53rd minute then saw Kyiv respond, with Buletsa striking the crossbar from just inside the box. Further misfortune soon arrived for Inter, with Sala being forced off with a problem with his nose. Zappa was the man chosen to replace him.

Come the 67th minute, a header from Shaparenko beat Dekic and Inter’s chances of a positive result seemed all but finished. However, the home side refused to give up and a mere two minutes of play soon changed the face of the game. Pinamonti initially scored from the penalty spot in the 69th minute, with Odgaard then bagging the equaliser just two minutes later following a mistake from Kucheruk. The latter stages of the match saw inter struggle with understandable tiredness and they were glad to see a strike from Yanakov fire back off the post. The game eventually finished as a hard-fought draw, with the return leg set to be played in Kiev on Wednesday 18th October.

Next
UEFA Youth League: The photo gallery from Inter vs. Dynamo Kyiv

The official line-ups for Inter vs. Sampdoria in the Primavera 1 TIM