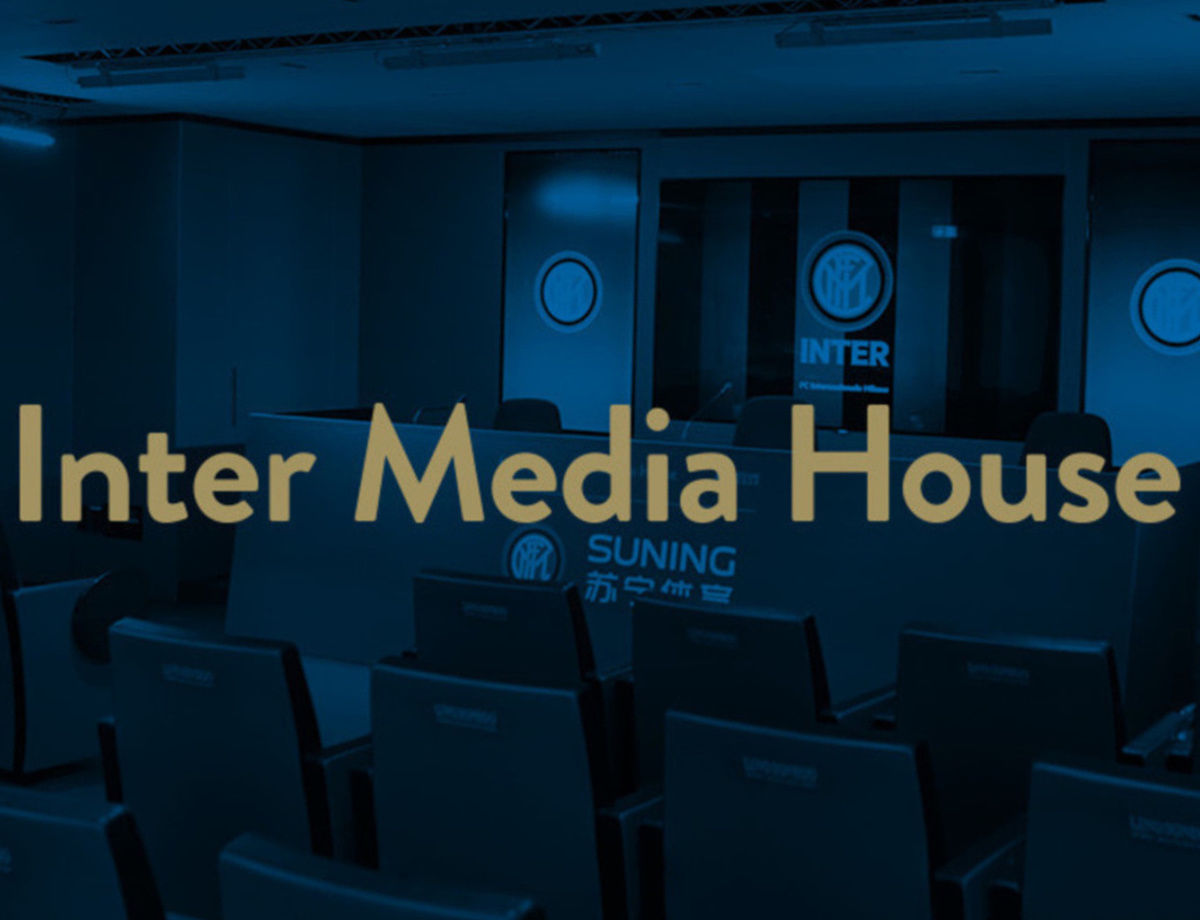 INTER MEDIA HOUSE, ALWAYS WITH YOU

Inter announce the project which will give fans a whole new insight into the club thanks to new, exclusive content and innovative means of engagement

MILAN – Inter Media House has been devised to meet the needs of millions of fans so they can enjoy access to the club wherever they are. The project was announced today by FC Internazionale Milano during an event held at Suning Training Centre in Appiano Gentile, which has undergone significant refurbishment to raise the already high standards of excellence.

There is a new press room, one of the areas where the club welcomes the stars who tell the story of the Nerazzurri’s progress to over 300 million passionate supporters on a daily basis. Meanwhile, the team train using state-of-the-art facilities – the perfect environment for the players and staff. There are new dressing rooms and a new medical department, as well as a cutting-edge gym and treatment area.

Every last detail is recorded and recounted from these facilities, becoming media content thanks to Inter Media House. The aim is to provide fans with a unique, immersive insight into all things Inter. Inter Media House is there for the creation of new products, harnessing communication to bring supporters closer to their heroes during training and on matchday.

Inter really will be covered from every angle and some of the new features include special projects involving Virtual and Augmented Reality. The club’s media team will create increased premium content to give supporters a unique view of the Nerazzurri’s day-to-day life.

Content will become even more interactive, faster and easier to use thanks to the new Inter app. Inter Official App has been created to provide fans with an even more personalised and exclusive user experience. The app is the best place to go for all your Inter needs. From information on your favourite player to details of training and matches and even ticketing, set the app to “Always on” mode and keep it with you wherever you go in Italy and around the world. There will be a particular focus on the Chinese market. Inter Official App will be available for smartphones and tablets on iOS and Android.

The club television channel is also getting a makeover. Seventeen years on from its creation in September 2000, the iconic Inter Channel will be rebranded as Inter TV. There will be a new name, logo, studios and technology, creating an HD experience for Inter lovers everywhere. Inter TV is currently distributed in Italy exclusively on Sky channel 232 and overseas content will be created both via a twice-weekly magazine show (in more than 50 countries across four continents, Europe, Asia, America and Africa) and daily content (in China on PPTV and Indonesia via a local telephone provider). There will be more exclusive areas of production which will operate on several different platforms, from social media to mobile and the website. The Nerazzurri channel is ready to join fans on this great adventure: #InterIsComing, we give you Inter Media House.

“Football is changing,” said Inter CEO Alessandro Antonello, “and football clubs are becoming more and more like media and entertainment companies. Inter is a club with a long history – we celebrate our 110th birthday on 9 March next year – and we’ve enjoyed a great deal of success down the years. That’s why we’re one of the biggest football brands in the world. We want to ensure we remain at the forefront of the game in this time of great change by exporting our brand outside of Italy.”

“We compete for people’s time nowadays,” Chief Communications Officer Robert Faulkner explained, “so we must create engaging experiences and inspirational content that enhance fans’ relationship with our club. That’s the idea behind Inter Media House. We want to produce and distribute content and services that are increasingly tailored to users’ needs. Inter Media House is a multimedia platform that will enable us to further develop our brand through entertainment and innovation, creativity and design.”

I M SCUDETTO | On to Inter vs. Sampdoria with the Social Wall and Digital Flag Parade to celebrate in safety

Official Statement ahead of Inter vs. Sampdoria

Ausilio: “Winning is never easy, Conte is the secret ingredient”

Congratulations from Jindong Zhang to the whole Nerazzurri Family