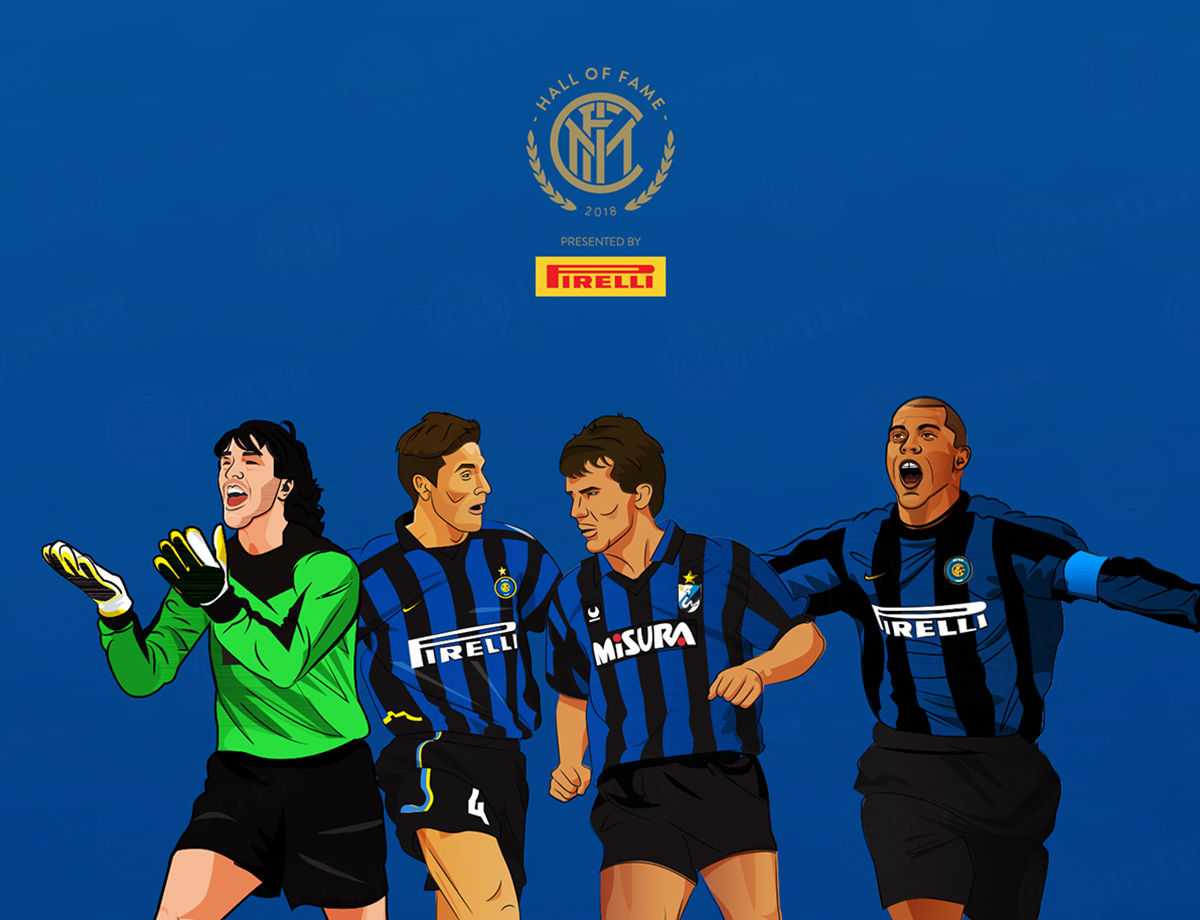 09/03/2018
MILAN - Hundreds of thousands of votes cast by fans on our official website - shared across five different social media channels - 25 national and international newspapers and also votes from the ‘world of Inter’, including those made by the First Team and employees from four different locations. All of these have led to the celebration of four Nerazzurri legends, who ’ve tonight been inducted into the Inter Hall of Fame.
During the lead up to this evening’s Gala to celebrate the club’s 110th birthday, the trio of finalists were gradually unveiled for each role. Meanwhile, the four winners were announced tonight at the Hangar Pirelli in Milano Bicocca and were all inducted into the Nerazzurri Hall of Fame.
Friday’s winners were Walter Zenga, Javier Zanetti, Lothar Matthäus and Ronaldo, while the Moratti family also received the evening’s special prize.
The night’s first winner, goalkeeper Walter Zenga, had this to say: “My childhood dream has become a reality. I used to go the stadium and I only wanted to watch Inter. This prize is a unique feeling for me!”
Moving on to the defensive winner, Javier Zanetti said: “I arrived here as a child and I was completely unknown. The Moratti family adopted me and I fell in love with Inter straight away.”
The third Hall of Fame inductee was Lothar Matthäus: “I enjoyed a career spanning 20 years but these four were the most emotional.”
Concluding the Hall of Fame quartet was Ronaldo: “The generations before me helped me become what I am now. They were idols and provided a lot of incentive.”

Next
The best images from this evening's 110 Nerazzurri Gala

Inzaghi: "It’s a key game. This Inter side always reacts"

Inzaghi: “Hunger and desire will be key”

Inzaghi: "We have the chance to write a fantastic chapter”

Inzaghi: "Fired up and focused on Sampdoria"