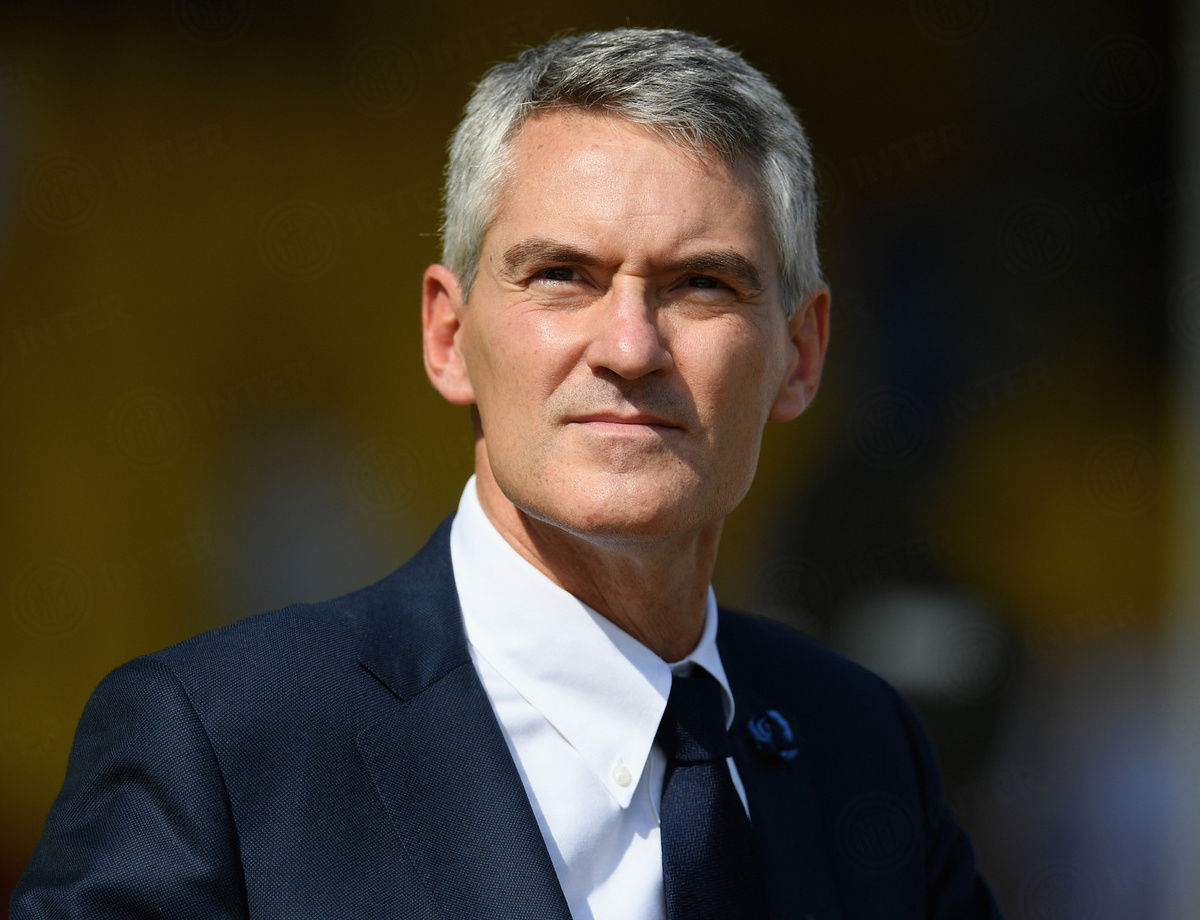 The Nerazzurri CEO discussed Inter vs. Juventus and also the club's end to the season

MILAN - Discussing Inter vs. Juventus and the Nerazzurri's end to the season, CEO Alessandro Antonello recently had this to say to Inter TV.

Two days have now passed since the Juventus match. Have you got the anger out of your system yet?

"Definitely not. The boss had asked the team to be really ferocious out there and that’s what we did. Some unacceptable things happened and we’re furious. The club deserves respect and so do our fans."

Is there a risk that this might cause you to lose focus with just three games to go until the end of the season? As Steven Zhang said after the game, it’s vital that the team wins its next few games to try to achieve the objective of securing Champions League football next season.

"There won’t be any loss of focus. The lads showed what they can do on the pitch. They’re all great professionals and we’re expecting a quick reaction. Our objective hasn’t changed and we’ll show that on Sunday against Udinese.

You were at Appiano Gentile yesterday with the whole management team. How important are the next few days in terms of re-energising the players ahead of the vital Udinese game?

"I want to make it clear that both myself and the entire management team have been right behind the team all season. Perhaps some people want to create a different narrative, but I can guarantee that we’re all united and focused on achieving our season objective of a place in next year’s Champions League."

What message do you have for the coach, the team and the fans?

"We’ve lost the battle and I think you can probably say it wasn’t our fault alone. But we want to win the war, for ourselves and for our fans."

How pleasing was it to see Inter outplaying Juventus even when they were a man light?

"We’re proud of the performance the lads put in. They put their heart and soul into the game despite being down to ten men. Our fans were absolutely exceptional too – they cheered us on from start to finish."

Have you seen the video of Massimiliano Allegri and Paolo Tagliavento? It’s creating a lot of anger among fans. Miralem Pjanic also talked of the referee "compensating" with his yellow cards. What do you make of it all?

"Everybody can see what happened. It was seen by 80,000 people at the stadium and by 700 million people across 170 countries around the world. It definitely didn’t showcase the best of Italian football. In fact, I’d say it’s shown our game in a very bad light.

When you go back over the incidents, it’s clear that several penalised Inter. What do you think about that?

"We decided to wait until today to comment because we didn’t want to speak in the heat of the moment and risk being influenced by all the emotions flying about. We’ve watched all of the incidents back and we cannot explain why two sets of weights and measures were used in the same game. Lots of things are changing in football, but it seems like some things always stay the same. Having said that, we’re proud of the history we have at this club."

Next
Date and time set for Inter vs. Sassuolo