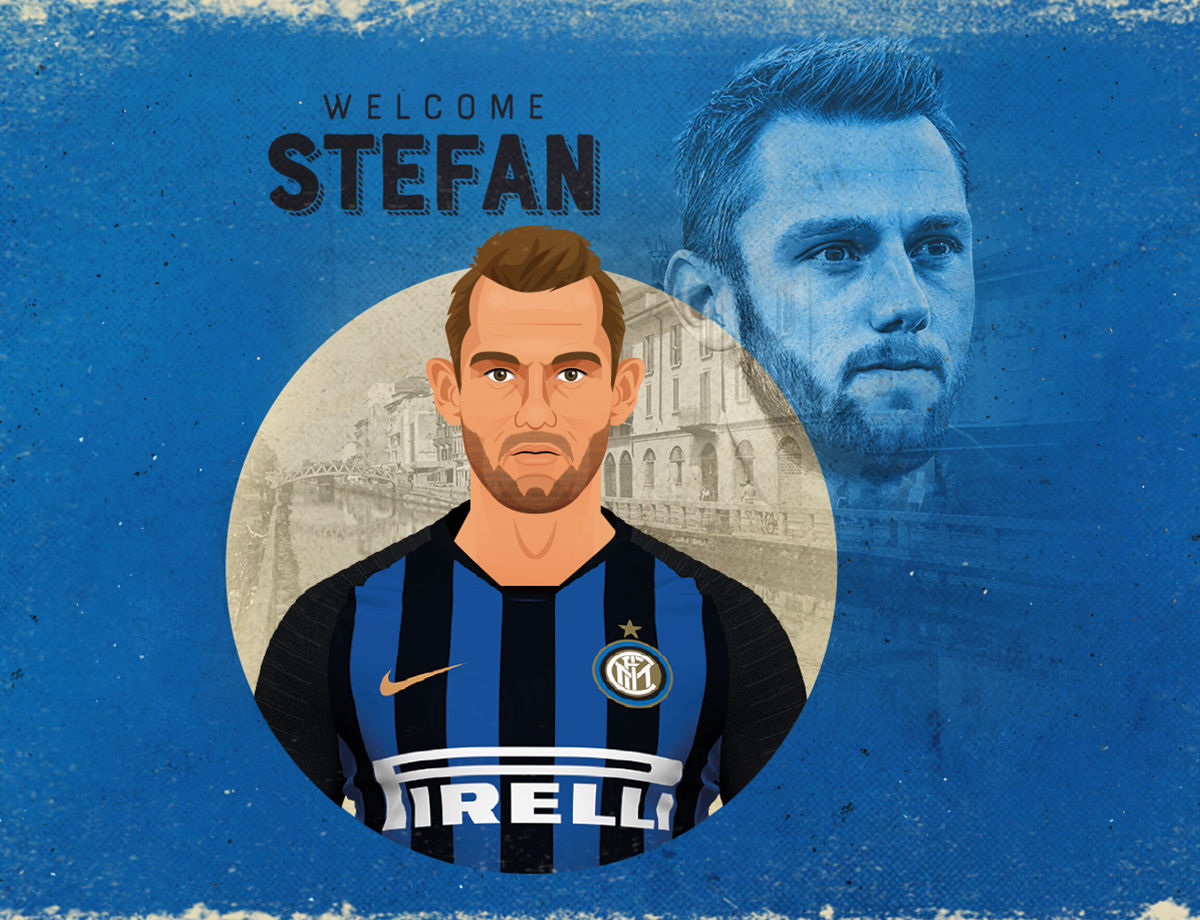 The Dutch defender has signed a contract for the Nerazzurri that runs until 30th June 2023, #WelcomeStefan

MILAN - Stefan De Vrij is a new Inter player. The Dutch defender has signed a contract with the club that runs from 1st July 2018 until 30 June 2023

Born on 5 February 1992 in Ouderkerk aan den IJssel, De Vrij joined the Feyenoord academy at the age of ten. With the Rotterdam side, he made his professional debut as a 17-year-old on 24 September 2009 in a cup fixture against Harkemase Boys. He quickly became a pillar in defence for Feyenoord, making 154 appearances and scoring seven goals in five seasons. In that time, he also made his debuts in both the Champions League and Europa League.

De Vrij’s time in Italy began in the summer of 2014 when he was signed by Lazio. He scored a goal on his debut on 24 August as the Biancocelesti beat Virtus Bassano 7-0 in the cup. His impact in Italy was very impressive as he made 35 appearances in his first season at Lazio, playing an important role for Stefano Pioli’s team as they finished third and reached the Coppa Italia final. In the 2015-16 season, the Dutch defender was waylaid by a knee injury picked up on international duty but he came back to retake his place as a leader in defence. In the past two years, he won the Supercoppa Italiana when Lazio beat Juventus 3-2 and Stefan proved himself to be one of the league’s most reliable defenders. He was a vital element in Simone Inzaghi’s system and also managed to score six goals last season. By the end of his time with the Biancocelesti, he had made 118 appearances and scored ten goals across Serie A, the Coppa Italia, the Supercoppa Italiana, Champions League and Europa League.

For the Netherlands, De Vrij came through all of the youth sides, winning silver at the 2009 Under-17 European Championship and bronze at the 2013 Under-21 European Championship. He won his first senior cap on 15 August 2012 in a friendly against Belgium and in 2014 he was a starter at the World Cup in Brazil where the Dutch finished third. He has so far made 36 appearances and scored three goals for the Oranje.

The city of Milan is now ready to welcome De Vrij. #WelcomeStefan and good luck for this new adventure with the Nerazzurri!