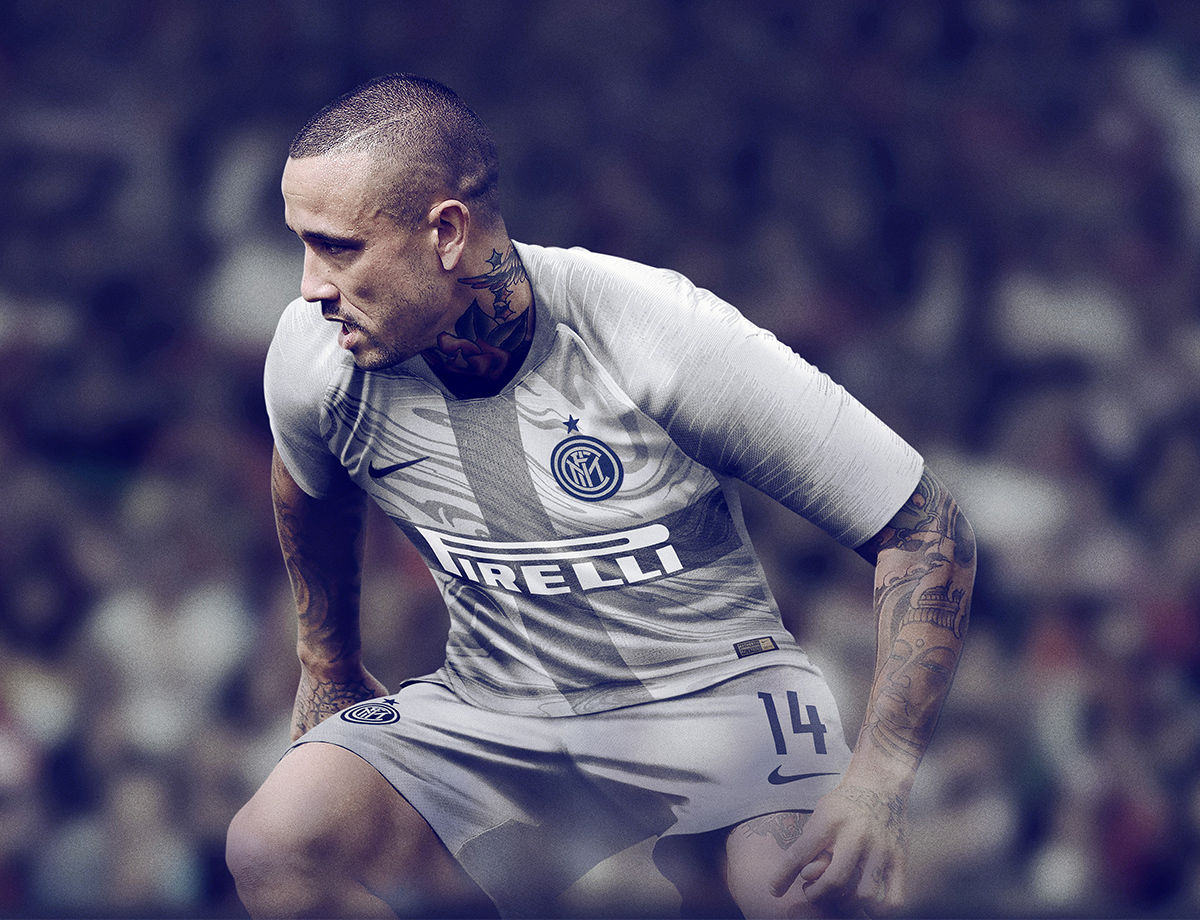 MILAN - Milan’s iconic Duomo, along with its famous marble floors, forms the basis for FC Internazionale Milano's fitting tribute to its city — a third kit rich in local heritage and history.

“We feel this kit is rich in Inter DNA,” said Pete Hoppins, Nike Football Apparel Senior Design Director. “The Duomo and the St. George cross are Milanese icons and mean a lot to the Inter supporters. This kit is about Inter’s identity and paying tribute to the city and people they represent.”

The design of the new kit features a distorted map of Milan city center within a swirling marbled graphic. The pattern itself surrounds a thick, darker grey cross which is a reference to the Cross of St George, a powerful Milanese symbol found on the city’s coat of arms. As a final flourish, the famous blue of Inter’s home shirt makes an appearance in the shape of a blue Swoosh and club crest.

The jersey will be available from 9.12 on nike.com, store.inter.it and authorized retailers. Click here to order it now!

By Your Side: the film of Inter’s season

Lautaro wins GOAL OF THE SEASON!