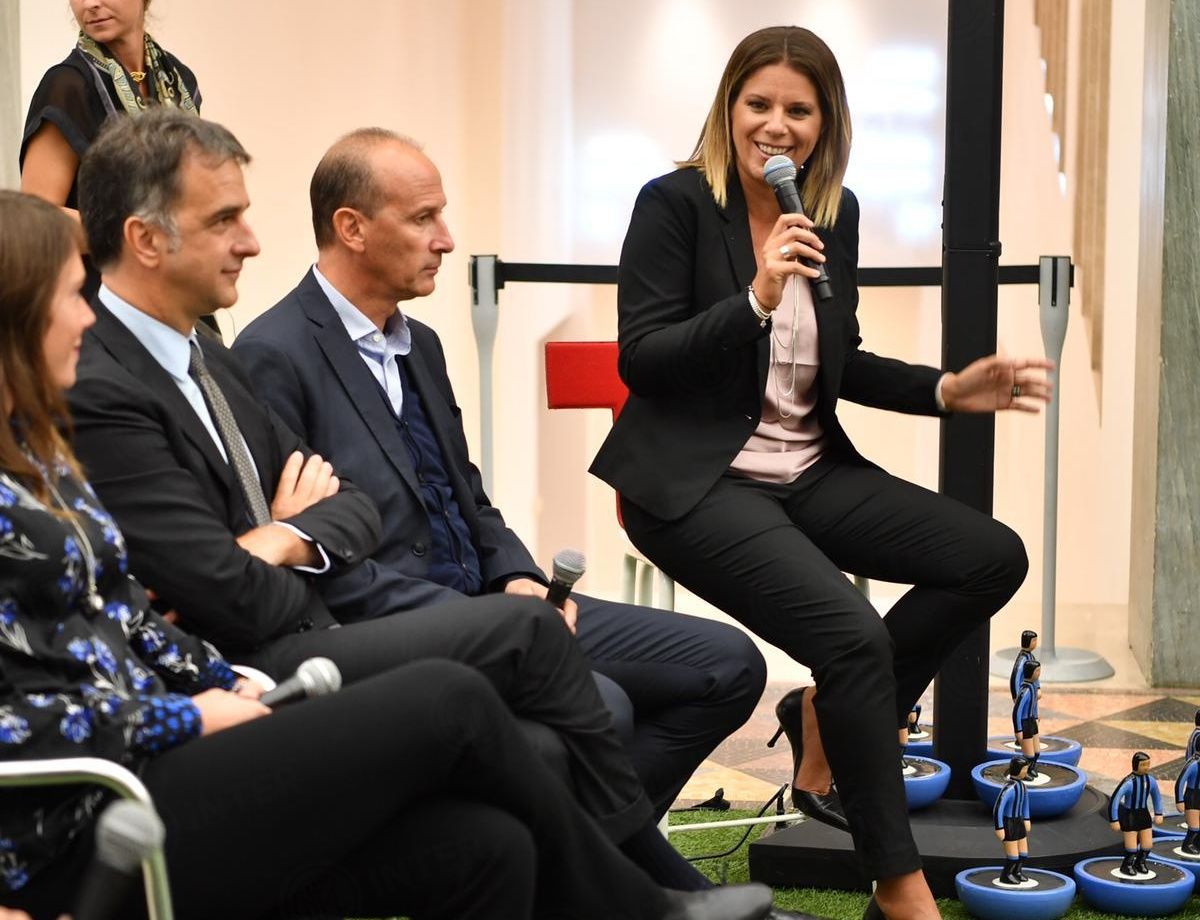 The head of the Nerazzurri Elite Academy said: "We have around 140 girls and seven teams in our Elite Academy"

MILAN - Roberto Samaden, head of the Nerazzurri’s Elite Academy, was interviewed on Monday afternoon for a debate linked to Women’s Football. This was held as part of the Milano CalcioCity initiative and here is what Samden had to say at the Triennale in Milan: “Over the past few years, some great work has been done thanks to the commitment of Michele Uva. One example that comes to mind is the Local Training Centres that have allowed many young girls, even those from small towns, to play football. At the moment, we have around 140 girls and seven teams in our Elite Academy. Very soon we will also have a first team.

“I would just like to tell a quick anecdote that explains our growing relationship with women’s football. A few days ago, Cristian Chivu and I both watched one of the girls’ training sessions and at the end, he told me it was fantastic to see so much focus, commitment and quality.

“This movement is becoming something important and I would like to tell anyone who still hasn’t seen a girls' match, that they don’t realise how amazing it is. Problems with parents? Parents must become a resource and in women’s football, in particular, they must be involved and informed. This is because it’s important to know where your children are playing and what people are helping them grow.

“I am convinced that all prejudices surrounding women’s football will gradually disappear – you only need to watch a match to fall in love with it. Having ball-girls at San Siro was also an important step. It’s not easy to train young players and a lot of preparation is needed. You need to invest in coaching courses and the FIGC has started to do so because they realised how important development is. There are some differences to coaching boys and girls and these are explained carefully during the courses.

“When will there be an Inter Women’s Team? My superiors have informed me that we’ve started the process and will have a First Team soon.”

Next
Team complete final session before leaving for Eindhoven