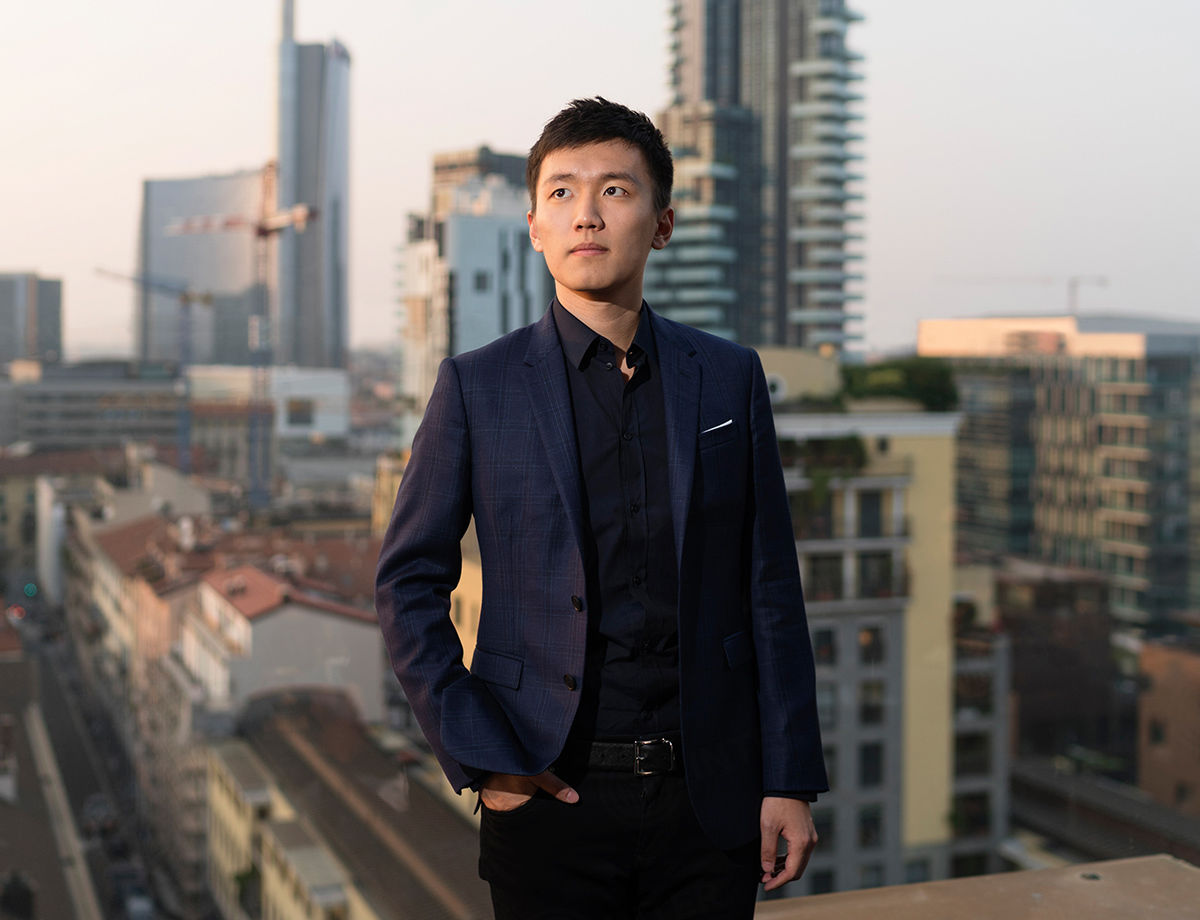 MILAN -  Steven Zhang was today named the new President of F.C. Internazionale Milano S.p.A at the club’s annual shareholders’ meeting held at Hotel Magna Pars Suites in Milan.
Speaking to the shareholders on his appointment, 27-year old Steven Zhang said: “Today, I am extremely proud to lead this club into a new era. I feel the responsibility to satisfy the passion of the millions of fans all over the world and, I am more than ready to accept the challenge of President in this, the 110th year of this prestigious club.

“We will continue to make the sports performance the number one focus of our attention, and make sure the team has all the best support necessary to compete and be successful at the very highest levels of both the international and domestic game.

"Off the pitch, we will make Inter as strong a company as it is on the pitch. We must build strong skills in the commercial and marketing areas and further strengthen the management team.

"Meanwhile, we will keep enlarging the scope of our business globally. And we will continue to explore the possibilities of digital management and digital communications, to make Inter a leader in the field of technology.

"Also, we must remember that Inter isn’t just about football and what happens on the field. We will continue to uphold the sporting values of honest competition, fair play and sportsmanship. Together with our stakeholders, we will spread positive energy and messages to all our fans and society as a whole.

"I believe that with your help, I am now ready to take the next steps. Together we can take this Club forward into a new era of success. ”

Mr Kangyang Zhang (Steven Zhang) is the President of Suning International, the overseas division of Suning Holdings Group - the commercial giant ranked second among the top 500 non-state-owned enterprises in China with annual revenues of RMB 557.875 billion (approximately EUR 69 billion) and the owners of Suning.com. Mr Steven Zhang also serves as a member of the UEFA Club Competitions Committee.

Born on 21st December 1991 in Nanjing, in China’s eastern-central coastal province of Jiangsu. Mr Steven Zhang pursued his studies in finance and received a bachelor’s degree in economics from The Wharton School of the University of Pennsylvania.

Prior to embarking on his career with Suning, Mr Steven Zhang worked as an analyst for Morgan Stanley in the firm’s Investment Banking and Capital Markets division, where he specialised in initial public offerings (IPOs) and mergers and acquisitions (M&As).

Mr Steven Zhang is acknowledged as one of the most influential young business leaders in China and has featured in Fortune China magazine’s ‘40 Under 40’ list for the last two consecutive years.

Among other items on the agenda at the shareholders’ meeting was the approval of the club’s financial results for FY 2018. The results showed a continuation of the upward trend over the past two years under Steven’s leadership, with consolidated statutory revenues of €347 million, a 9% increase from 2017 and 45% up from 2016. The FY 2018 figures were duly approved by the shareholders.

The shareholders also approved the composition of the new board of FC Internazionale Milano S.p.A. and thank Mr Erick Thohir for his service as a member of the board.

Meanwhile, many milestones achieved during the past season, including the fourth place finish in Serie A that led to qualification for the UEFA Champions League, and multiple successes enjoyed by the club’s youth set-up and that for the third year running Inter boasted the highest average attendance in Serie A at over 57,000 fans.

The club currently occupies third place in Serie A and is second in Group B of the UEFA Champions League with 6 points after three matches.

I’m Steven Zhang and this is my vision | #StevenIsHere

Next
Steven Zhang: "Inter is about glory, victories and history"

Conte: "We’re all on the same page. It’s a long road ahead but we’ve gained credibility”

Gagliardini: “A game that was always in our hands. The quality of the group has risen”

Conte: "Our attacking play was good, but we need to be more balanced"

D'Ambrosio: "We wanted to turn it around at all costs"