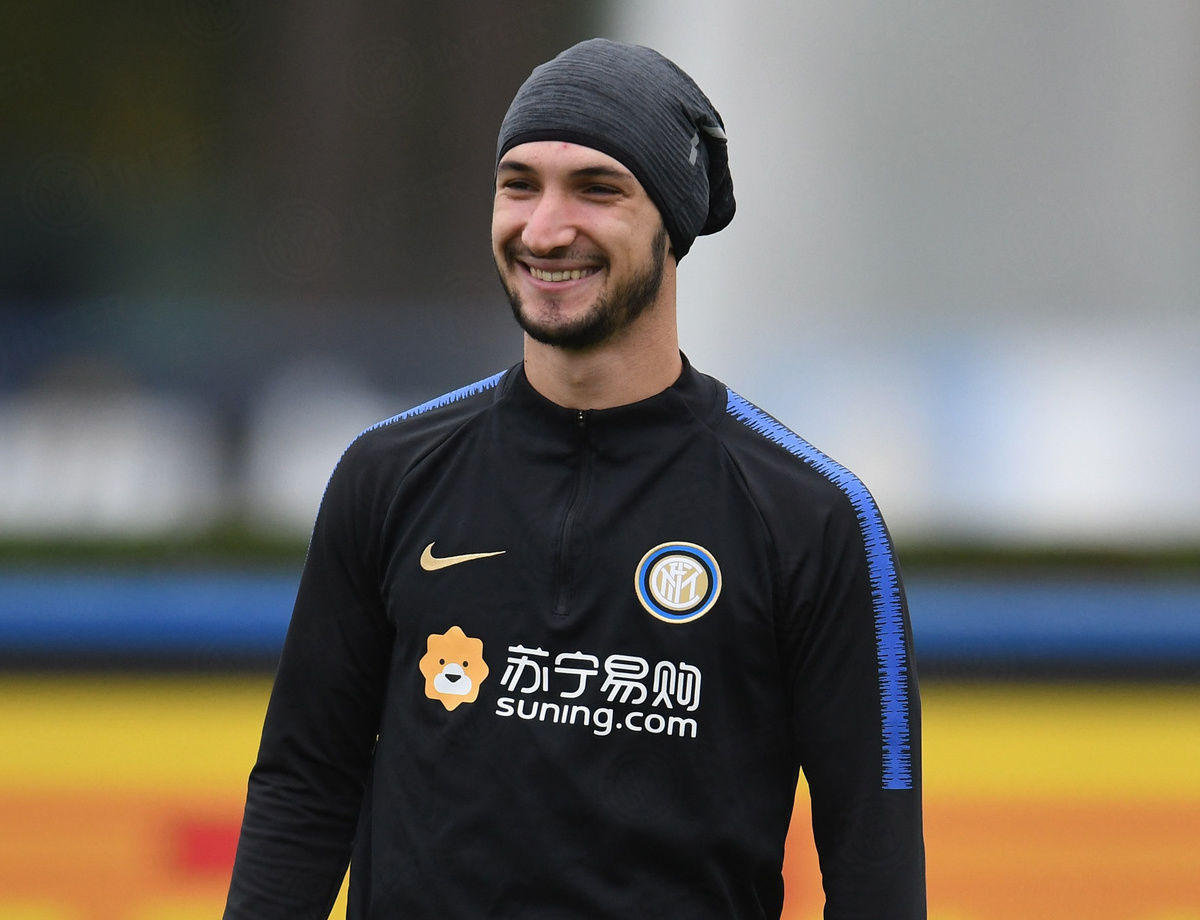 POLITANO: "WE'RE FOCUSED AND DETERMINED TO DO WELL"

APPIANO GENTILE - Matteo Politano spoke to Sky Sport in the week as we prepare for the return to league action against the Neroverdi. "We've seen that they’ve put everyone in difficulty so far, ourselves included. It will be a difficult game, especially because we don’t have the help of our fans. It will be a very complicated game."

It was with his performances at Sassuolo that the forward caught the eye of Inter and he’s made an impact from the start with the team and the fans. "I’ve played in a lot of games and I wouldn’t have expected such a start. I’m very happy, but I still have a lot to improve on."

"For me, there’s the extra motivation of looking to always do well in order to convince the Coach and Club to continue on this journey together. My aim is to give my best in the week in order to earn a place in the team with this prestigious shirt, to keep playing and perhaps to score a few more goals."

After discussing his personal goals, he moved onto those of the team. "We can go far in every competition. In the Coppa Italia, we have a tough tie against Lazio, we’re in the last 32 of the Europa League and we’re on the heels of Napoli in the league. We have three very important objectives but it’s vital that we approach things one game at a time. The match against Napoli gave us lots of strength, the important thing is to keep that focus, play from the start to the end in games because we’re up against a very tough challenge on Saturday."

The player also spoke to Inter TV, focusing on the atmosphere at the Meazza behind closed doors. "We experienced it against Benevento, it’s a strange effect because we were used to playing there in recent months. Whenever we play, there are lots of people there and to go out in front of an empty stadium is very weird."

Politano’s full interview with Inter TV will be broadcast on InterNews that starts at 19:30 CET.

Next
Coppa Italia: Ticket sales for Inter vs. Lazio

Young: "We'll take as many points as possible"

An update on Victor Moses