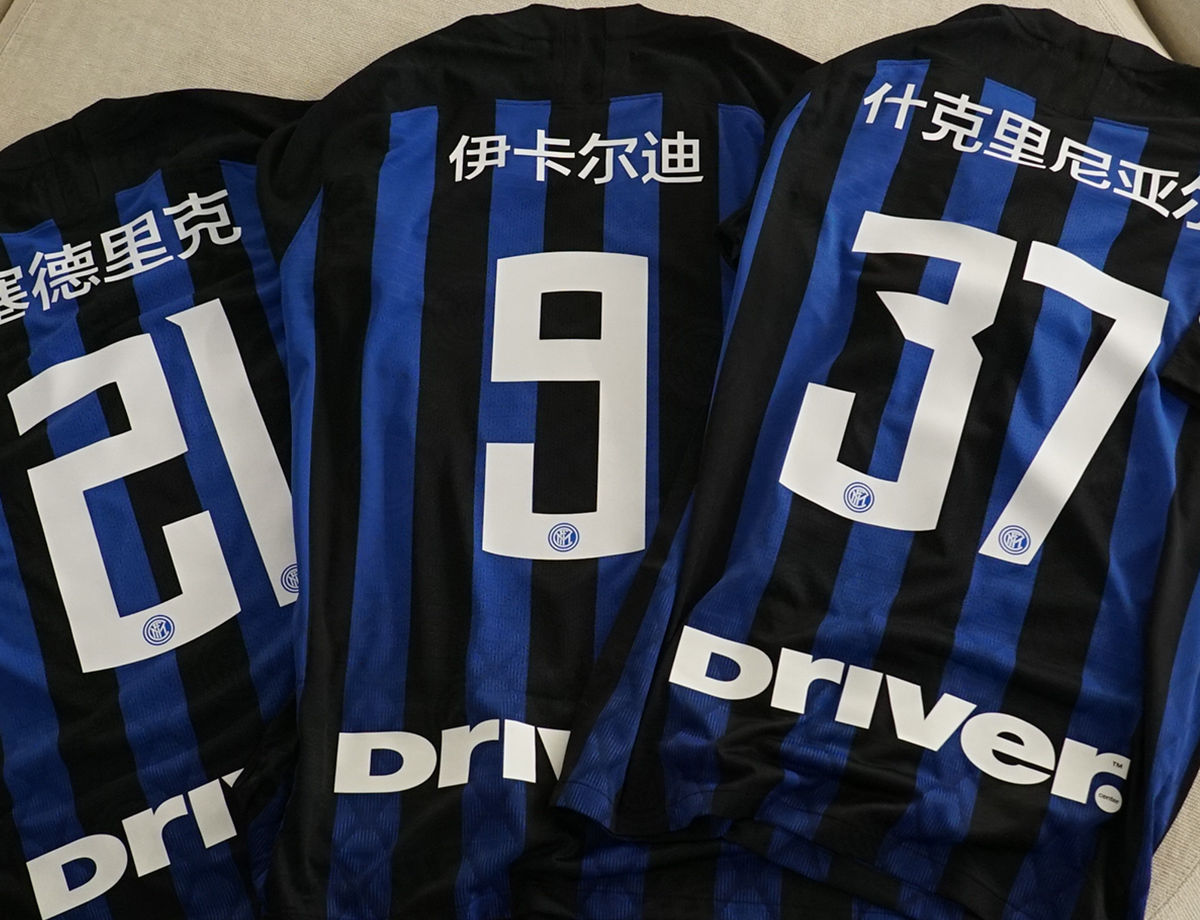 A SPECIAL SHIRT FOR INTER VS. BOLOGNA

On Sunday evening, the Nerazzurri will take to the pitch wearing a unique shirt to celebrate the Chinese New Year

MILAN – The Chinese New Year, which will begin on 5 February, is drawing nearer. During Sunday’s match at San Siro against Bologna, the Nerazzurri will wear a special shirt to celebrate the imminent arrival of the Year of the Pig.

For the very first time, a Serie A club will take to the pitch with the players’ names printed in Chinese on the back of their shirts.

This unique event in Italy's top division will not be the only initiative tailored towards our fans in China: messages sent by fans through Weibo will also be displayed on the LED boards down on the sidelines, while video content starring Milan Skriniar, Radja Nainggolan, Keita Balde and Matteo Politano – some of which will be exclusive for the Club’s Chinese social media channels – will be released in the coming days.

The surprises for our fans won’t end there: a few hours before Inter vs Bologna, it’ll be possible for you to print the names of Mauro Icardi, Lautaro Martinez and Radja Nainggolan in Chinese on Inter’s 2018/2019 home shirt. You can take advantage of this limited customisation opportunity at the Inter Store, the San Siro Store and online at store.inter.it.

Next
Berretti: Inter vs. Pro Piacenza on matchday 17 postponed