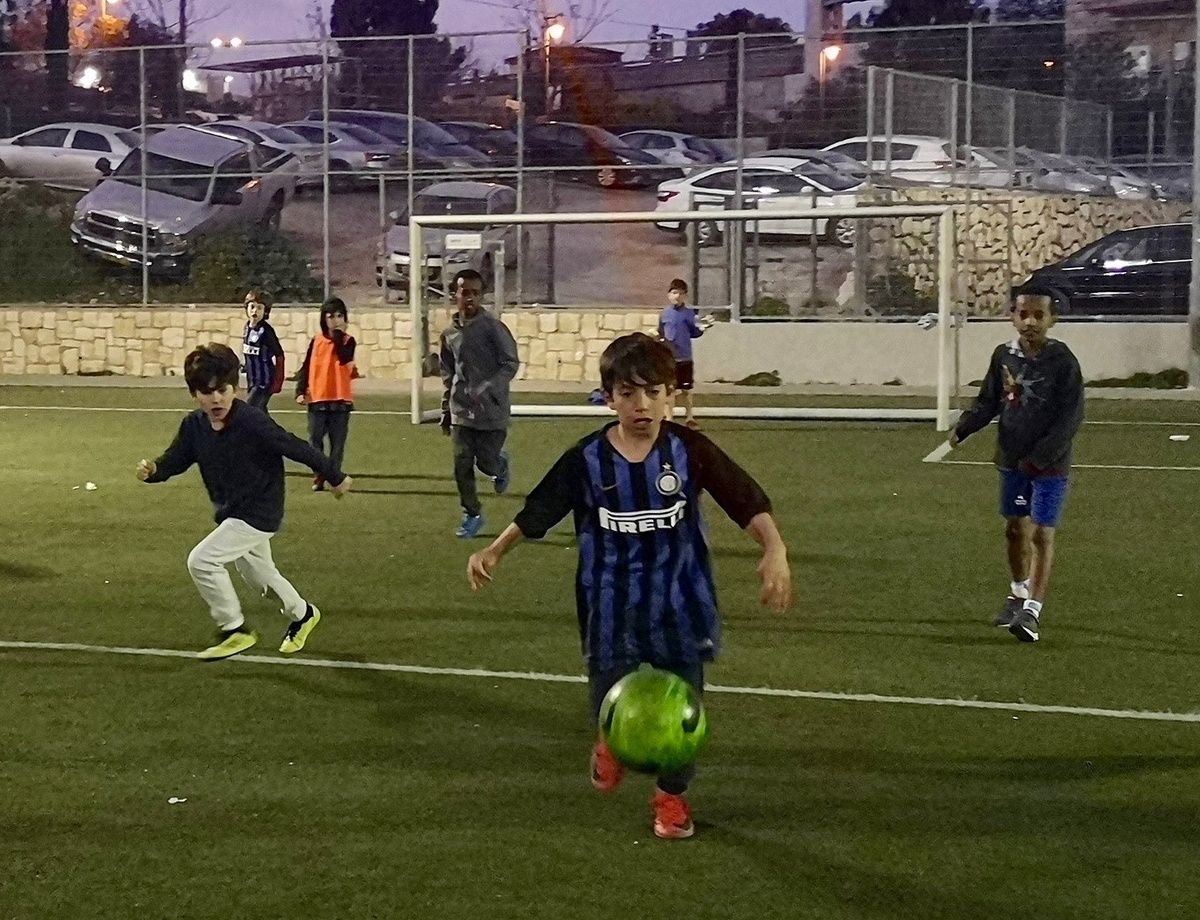 THE JOY IN PUTTING ON AND TAKING PART IN A TOURNAMENT

JERUSALEM – The children arrive at the pitch in Jerusalem a few at a time. It’s 16:30 and the cold can certainly be felt despite spring being around the corner.

Two years have passed since the last tournament held between all the different training camps. This took place here in Beit Safafa in April 2017.

Over these two years, it hasn’t been possible to invite children from the West Bank over without risk due to the lack of peace and security in the area. We’ve waited, listening to the advice of those who help us carry out a project that requires care, vigilance and compromise on an almost daily basis. However, we have been able to continue to bring children from Jerusalem to play in Tel Aviv and vice versa.

Then, during our last visit in October, we were given a glimmer of hope as our friends and advisors – people who are well-versed in the ins and outs of this complicated world – gave us their backing to carry forward this initiative. Buma managed to secure permits for all the checkpoints and organised a coach to bring 17 Palestine children to Beit Safafa. Coach Gheisan and his assistant Liath, who was once part of Inter Campus as a child, would accompany them.

In a country where it’s impossible to plan ahead and where it’s important to keep track of an ever-changing landscape and adapt to what’s happening, having a former child trained by our coaches on our books who has been doing this work for five years is just as much a precious achievement as managing to put on a much longed-for tournament. Next
Inter starting to dominate the #DerbyMilano

UEL, Zanetti: “At this point every opponent will be tough, we have to make sure we’re ready”