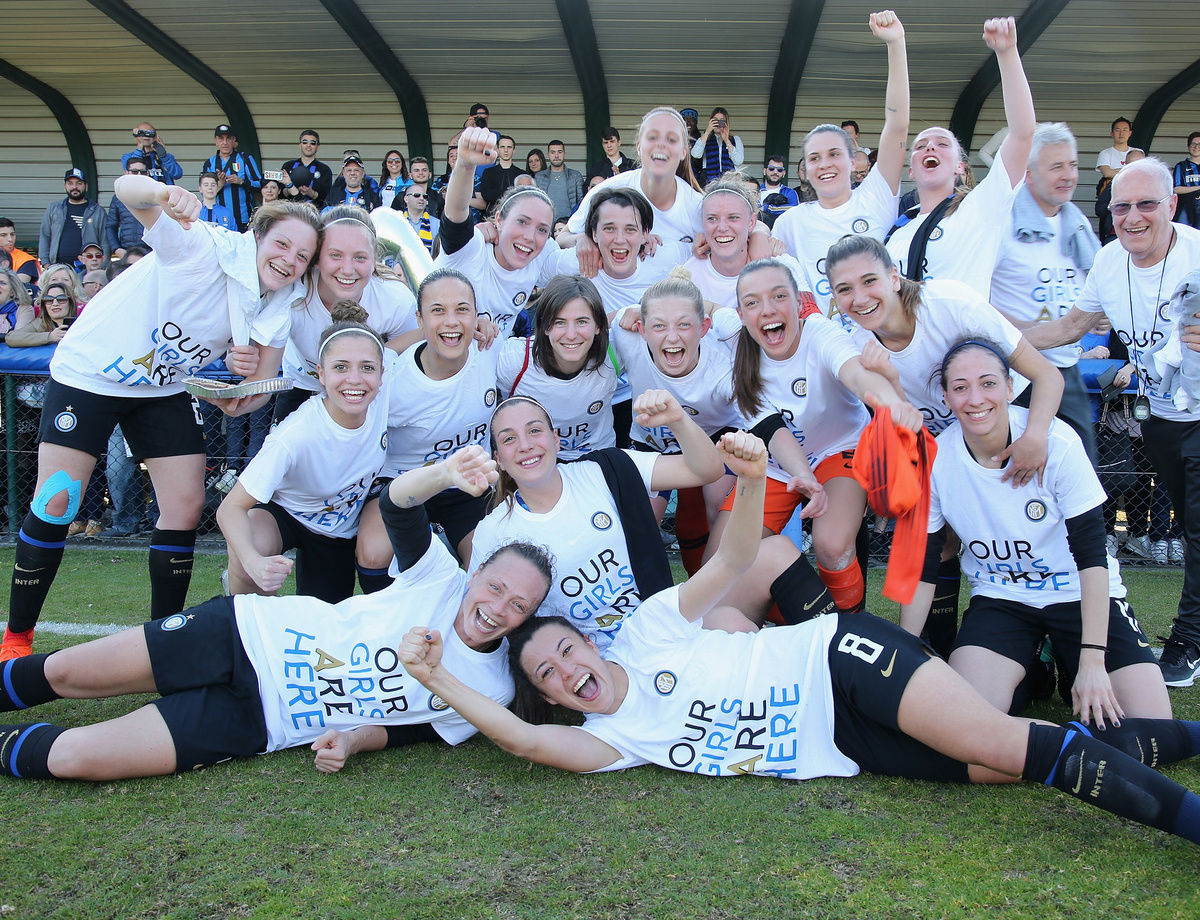 MILAN - OUR GIRLS ARE HERE: Sebastian De La Fuente’s Inter side have achieved Serie A promotion with five games to spare. A fantastic campaign, so far consisting of 17 wins from as many matches. During their latest fixture on Sunday, the Nerazzurre beat Arezzo 6-0 thanks to braces from Marinelli and Rognoni, as well as goals from Merlo and Pandini.

Inter’s first effort on goal came through Merlo, who shot just narrowly wide of Antonelli’s post early on. Come the 10-minute mark, Arezzo responded through Razzolini although Capelletti was on hand to make the save. Despite a further chance for the away side in the 22nd minute, the half-time whistle was soon blown with the game tied at 0-0.

However, it wasn’t long after the break for the opening goal to be scored, with Beatrice Merlo volleying in a 48th-minute corner kick from Pisano. Inter then doubled their lead eight minutes later through Pandini. With confidence sky high, Gloria Marinelli then scored her 19th and 20th goals of the season within the space of just five minutes – coming in the 60th and 65th minute respectively. The latter stages saw Rognoni seal the 6-0 win with a well-taken brace, with scenes of Nerazzurre joy following the final whistle!

Next
#InterWomen celebrate after their 6-0 win over Arezzo

Young: "We'll take as many points as possible"

An update on Victor Moses