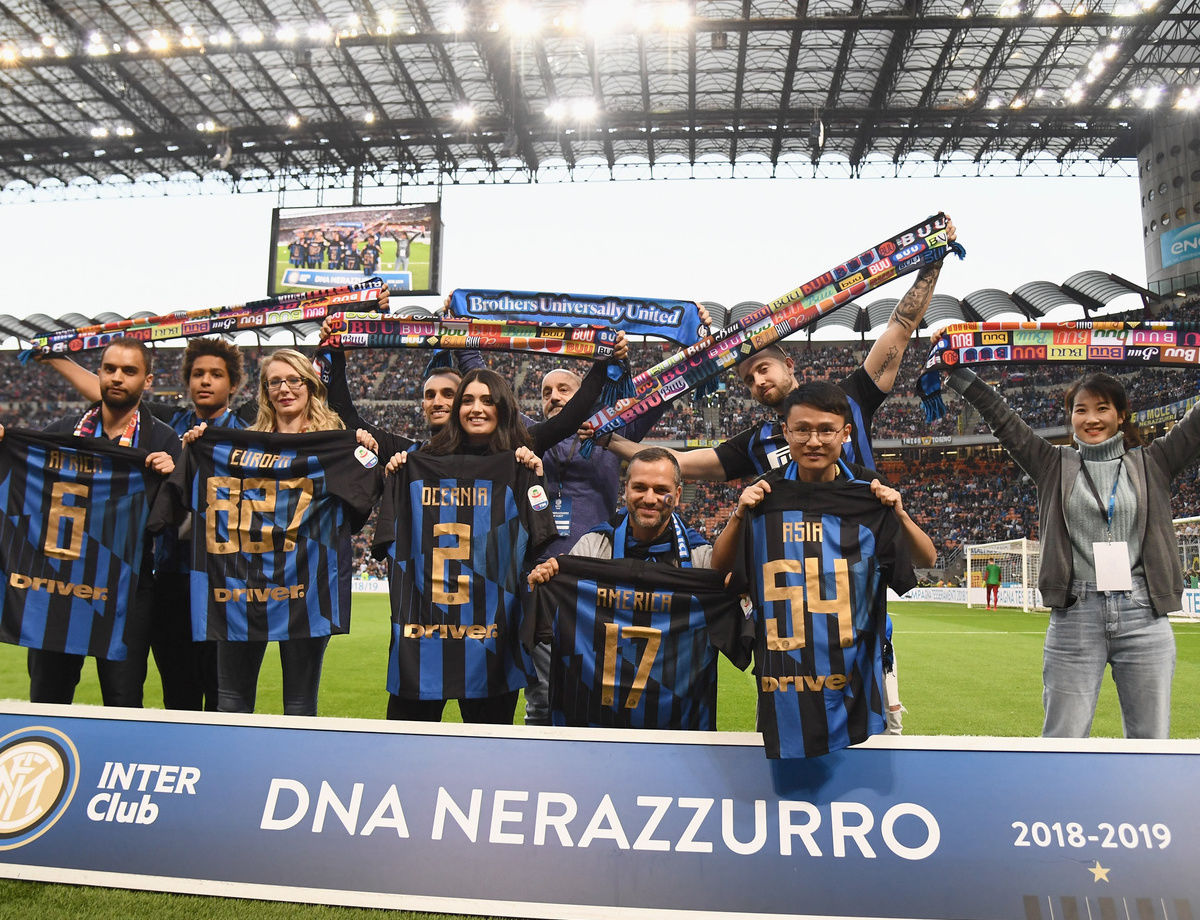 FROM BUU TO THE CO-ORDINATORS' MEETING, THE WEEKEND FOR INTER CLUB

MILAN - Internazionale in our values and actions. Ahead of kick-off in Inter vs. Juventus, the Inter Clubs were given a key role at the Stadio Meazza and they lined up to tell the stories of members around the world. Five shirts were on display, one for each continent to show how far the reach of the Nerazzurri’s support extends.

There are 827 Inter Clubs in Europe, 54 in Asia, 17 in America, 6 in Africa and 2 in Oceania for a total of 906 worldwide and a record number of 137,050 members. All represent the values of the Club as hapened on Saturday when along with the Nerazzurri shirts, scarves from the BUU - Brothers Universally United - campaign were also proudly lifted as FC Internazionale continues to take a strong position against all forms of racism and discrimination.

The pre-match ceremony at Inter vs. Juventus was an important moment in one of the two days dedicated to Inter Club, starting with the meeting on Saturday morning for the co-ordinators. This annual event allows for results to be shared from the ongoing season, present the registration campaign along with new activities for the upcoming season and discuss Club news. Corporate CEO Alessandro Antonello was also in attendance. "It’s important to be here today, it’s a time to share results from the last season while also looking to the future. Results are exciting because we have over 137,000 members. These are numbers that make us hopeful, there’s great enthusiasm among our fans and the co-ordinators are doing an exceptional job as are the clubs in organising activities. We have something special in store for them next season."

It was also a positive event for Chief Marketing Officer Luca Danovaro: "We’re here again with the Inter Club co-ordinators who are our DNA. We’re very happy, it’s been a fantastic year with an increase of 20 per cent in membership compared to the past season. We’re already thinking about next season, how to provide even more services and activities at the stadium, we’re preparing because this number keeps rising."

Marotta: "A market of opportunities, but our group ought to be respected"