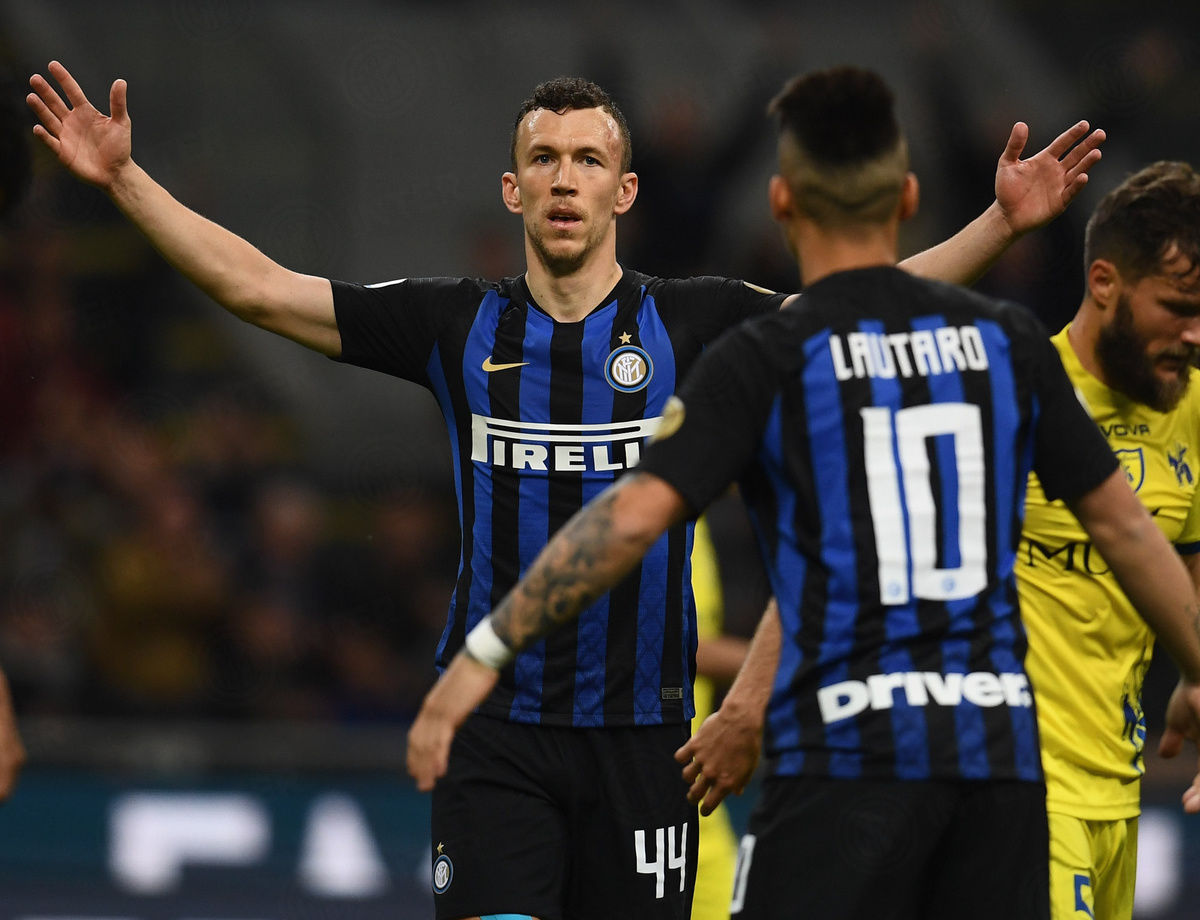 MILAN - Mission accomplished. Luciano Spalletti’s Inter won 2-0 on matchday 36 against ChievoVerona in front of 57,855 fans at San Siro in what was an important result in the race to qualify for the 2019-20 Champions League. Thanks to this win in which Politano and Perisic scored, the Nerazzurri move back into third on 66 points (one point ahead of Atalanta, four ahead of AC Milan and Roma) with two games left.

Inter had a stronghold on the first half of proceedings at San Siro Monday night, going full throttle from the opening whistle by pushing numbers forward in an effort to take an early advantage over the visitors from Verona. In the sixth minute, Cedric quickly took a throw which allowed Politano cross but Semper dealt with his header at the far post.

For the better part of 30 minutes, the Nerazzurri kept knocking at Chievo's door, showing ambition and desire to plunge forward, swing in crosses and put goalkeeper Semper under intense pressure. The Flying Donkeys struggled to keep Perisic in front of them as he continuously ran in behind amd exploited space on the left flank through some quality combinations between him and Asamoah.

Chievo defenders Cesar and Bani did well to absorb pressure, taking one block after another to keep Politano and Nainggolan off the scoresheet. In the 25th minute, Bani did brilliantly to clear the danger from his six-yard box after Perisic headed the ball back across goal. Several efforts and corner kicks later, the Nerazzurri were eventually rewarded for their efforts in the 39th minute as Politano struck the ball low and hard from the edge of the box. It glanced off one post and drifted towards the other and into the back of the net. The goal was thoroughly deserved and took Inter into the break 1-0 up.

After the break, the first chance fell for the visitors. In the 53rd minute, Vignato looked to beat Handanovic with a powerful right-foot effort that went just wide. It didn’t take long for the Nerazzurri to respond. Perisic got away down the left and crossed it for Icardi who headed over. In the 57th minute, Politano forced Semper into action with a great left-foot strike before the goalkeeper got up to deny Perisic on the follow-up. Spalletti was then forced into his first change with Candreva coming on after Politano took a knock. Inter almost scored a second in the 64th minute when Perisic cut inside and beat Semper with his right but the shot struck the far post. That was followed by another change as Gagliardini came on for Vecino. In the 69th minute, Cedric posed a threat and the Portuguese’s right-foot effort was deflected out for a corner. Soon after, Chievo went down to ten men in the 76th minute after Rigoni was shown a second yellow card for bringing Gagliardini down. In the 78th minute, Icardi was unable to hit the target from a good position and went off soon after with Lautaro Martinez coming on. He almost made an impact straight away from a low Miranda cross. Inter were finally able to extend the lead in the 86th minute. Candreva played the ball to Cedric who hit the post but the ball fell to Perisic who did well to apply the finish with his left. At the end, Inter could have scored a third but Candreva and Gagliardini were kept out by Semper. After 94 minutes, it finished Inter 2-0 ChievoVerona.

There are two more teams to face with Champions League qualification on the line and they are Napoli and Empoli. Now and always, #ForzaInter!

Next
Gallery from Inter 2-0 ChievoVerona

The team hard at work at the Suning Training Centre

The build-up to Inter vs. Fiorentina, all the numbers and statistics