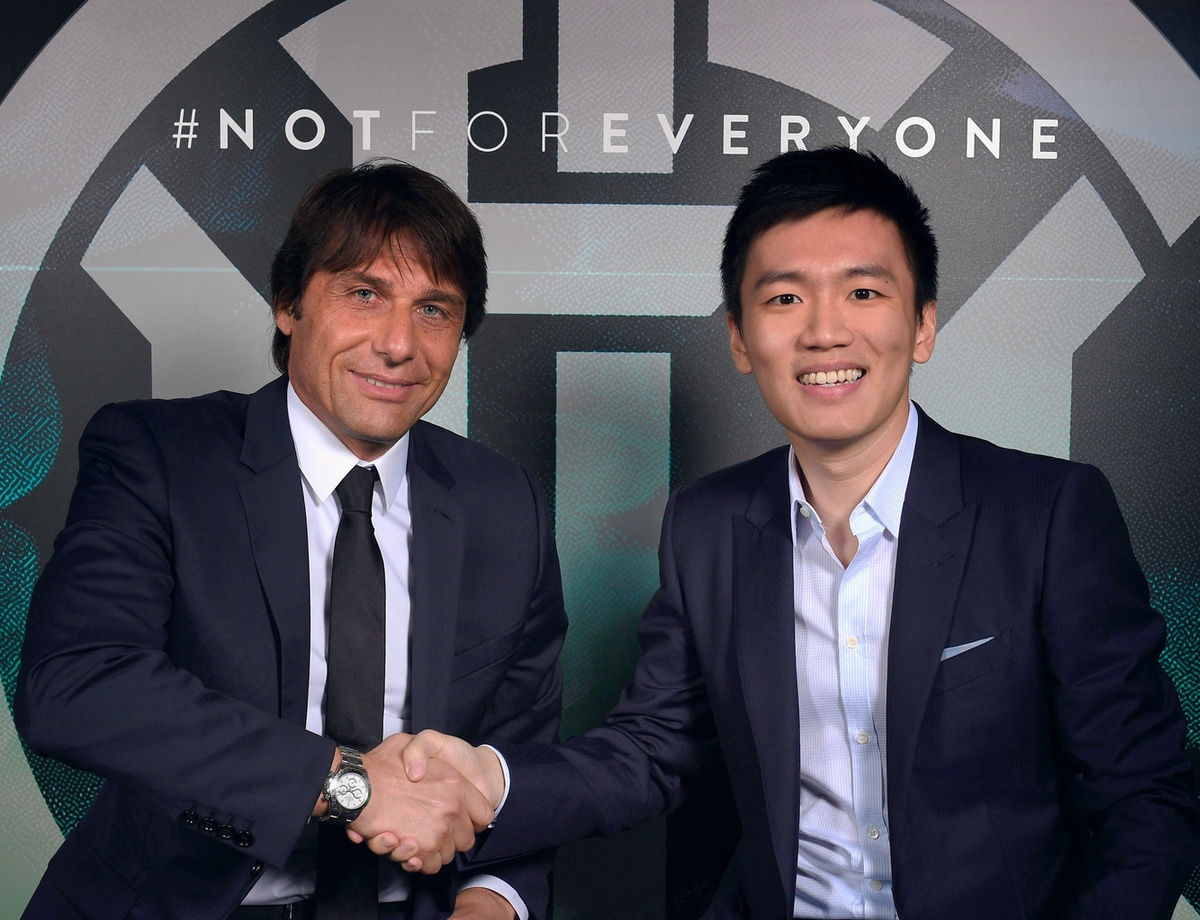 A very warm welcome to Antonio from the whole Nerazzurri family

MILAN - It's his gestures, the looks he gives, the details he goes into that define Antonio Conte. Ever since he was a child, his life has been dedicated to football. His passion and love for football meant it became an objective to pursue, and this resulted in him becoming a footballer. He sees football as the best way to express himself, to leave a mark, whether on the pitch or on the bench.

Determined and ambitious, Antonio Conte is now beginning his Inter adventure. Right here before us, we have two entities with the same objective and outlook – that is to win. Head, heart and legs are the three words which sum up Conte's career.

Head: He always had clear ideas when he played out on the pitch as a midfielder. His coaches were certain that he'd continue his career in the dugout.

Heart: This is something he has constantly shown on every adventure he's been on: he's always ensured that his teammates and players have felt the necessary sense of belonging to achieve the most important objectives.

Legs: Hard work is something he has always been known for. Training sessions and matches are to be experienced to the full.

Hard work and sweat, unity of purpose and identity. Something which the Italian National Team displayed in the 2016 European Championship. Conte's Italy, who were knocked out on penalties by Germany, thrilled and brought an entire nation together. He's also left his mark abroad: he won the Premier League during his first season in England.

Now, Antonio Conte's challenge is the same as the entire Nerazzurri world: to continue moving forward and to bring Inter back to the apex of European football.

"I'm sure that Antonio Conte is one of the best coaches out there," said Inter President Steven Zhang. "I'm certain that he'll help us achieve our objective and fulfil our mission, one which has always remained the same: to make this club one of the best in the world again."

"A new chapter in my life is beginning, I'm really excited," commented Antonio Conte, Inter's new Coach. "Through my work, I'll try to repay all of the trust that the President and directors have placed in me. I have chosen Inter because of the Club it is, because of the project's sound basis and how ambitious it is. Because of Inter's history. I was struck by the Club's transparency and the desire to bring Inter back to where it belongs."

Next
Steven Zhang: “Conte believes in our project”

Italian Super Cup in the Trophy Room at Inter HQ