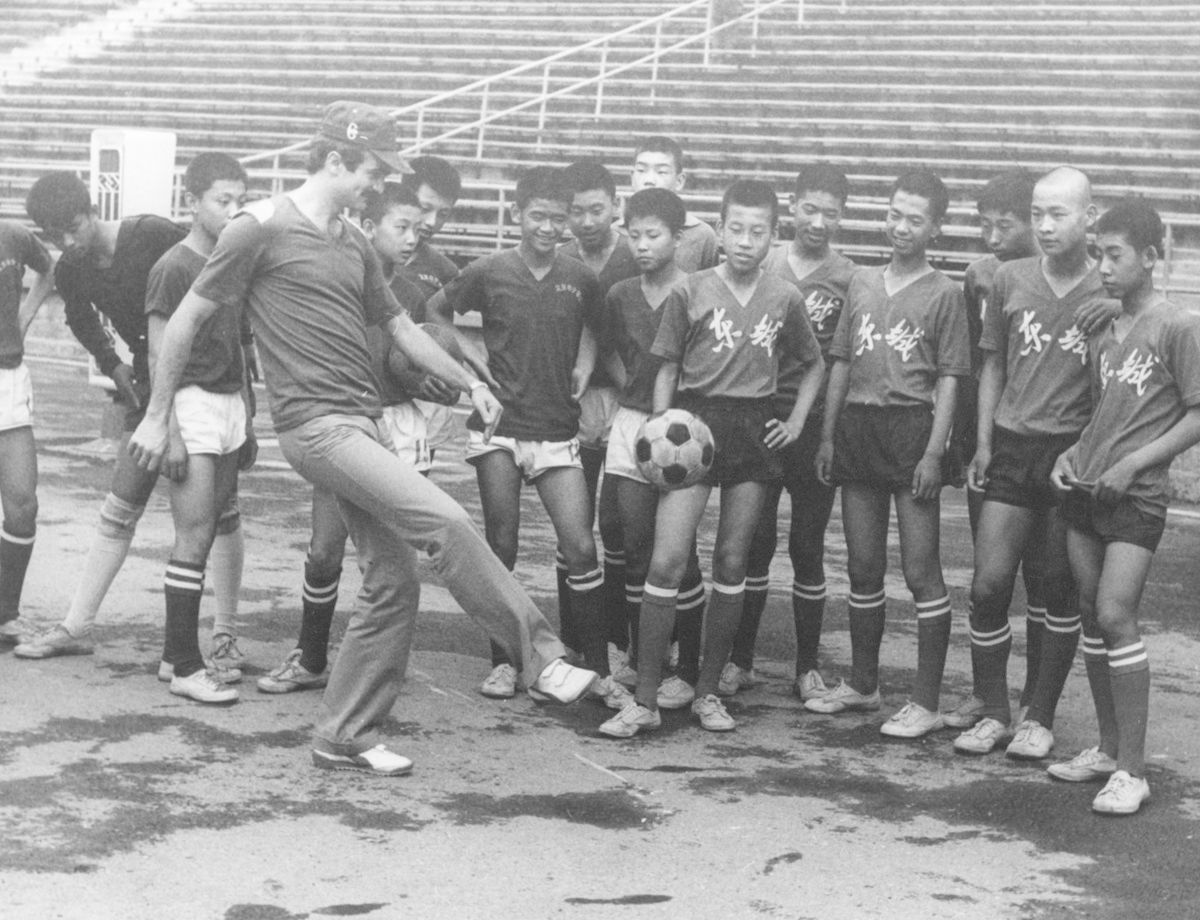 A bond that dates back to over 40 years ago: Bersellini's debut represented a passing of the torch

NANJING – Inter and China, a bond that has lasted for almost 40 years. The team’s last visit to Asia was in July 2017, when the Nerazzurri moved between Nanjing, Changzhou and Shanghai before finishing their trip in Singapore. In the company of Diego Milito, the Nerazzurri’s Tour Ambassador for the Inter Summer Tour, they met Schalke 04, Lyon, Bayern Munich and Chelsea along the way.

Prior to this, there was the 2015 tour, with Mancini’s Inter travelling to Shanghai, Shenzhen and Guangzhou. However, the Nerazzurri colours were first brought to China as early as June 1978, when Eugenio Bersellini's Inter became the first club in the history of Italian football to visit the country.

And it was in Beijing where a key moment in the Club’s history took place, a significant passing of the torch. The Nerazzurri’s first friendly saw Sandro Mazzola pass on his number 10 shirt to a young Evaristo Beccalossi at the end of the first half. For Mazzola, that match marked a change from wearing football boots to starting to dress like a director. For the young Beccalossi, who played for the first time with his new teammates that day, it was the game where he began to take in the Inter universe.

"My first experience with that Inter side was wonderful, as was my first appearance in the Nerazzurri shirt. I remember that there were thousands of fans at the stadium (80,000) and I also remember a sea of bicycles disappearing shortly after the final whistle. Shortly before this, I’d been using the train to arrive to training with Brescia, and getting to know this distant reality where there was such passion for football was a unique experience, as was scoring my first Inter goal in China.”

This tour wasn’t just significant due to the number 10 shirt being passed on, it was also a prologue to a story which was characterised by passion from the get-go. Three months later, the Chinese National Team travelled in the other direction as they arrived in Italy and Europe for a tour which started with a friendly against Inter at San Siro.

In 2009, the Nerazzurri would return to China with Josè Mourinho at the helm to try to win the Supercoppa Italiana against Lazio. Despite losing that match, Inter would go on to win the 'Triplete' – the treble consisting of Serie A, the Champions League and Coppa Italia – that season. Two years and six trophies later, and with their fanbase having grown, Inter once again played in Beijing, which hosted the Milan Derby for the first time in 2011.

But it’s not the case that important stories have only been written on the football pitch when it comes to Inter and China: there have also significant chapters regarding the development and education of the youngest in Chinese society. Since 1999, the Inter Campus project’s educational activities have been mainly devoted to schools on the outskirts of Qungdao and in isolated rural areas in Laixi, and they then expanded with the launch of a new programme in 2015 in Shanghai in collaboration with the Department of Education and the Shanghai Jin Ding School in Putuo. Another step forward was taken following President Xi Jinping’s decision to make football a compulsory part of the national curriculum. This paved the way for Inter Campus’s activities and teaching methods to be introduced as a school subject in 2017. In 2018, a partnership between Suning and Amity Foundation was born. This aims to offer technical training to PE teachers at 25 Chinese schools through Football 1+1, a project run by Suning which focuses on Corporate Social Responsibility (CSR).

Inter Academy’s philosophy has also been exported to China, with the first Inter Academy being launched in Shanghai in July 2015 in collaboration with 20 Soccer Schools. This was just the first step: Beijing, Nanjing and Hong Kong joined in shortly afterwards as the network expanded – a project resulting from a strategic agreement between FC Internazionale Milano, Suning Sports Group and Man Lap International Sports Group.

The first team, youngsters, educational methodologies: all these things have been mentioned so far. Now, it’s the turn of Inter Forever legends, who travelled to Shanghai in September 2015 for the 'Winning League International Legends Championship' and to Nanjing in November 2017, when goals from Kharja and Recoba decided the match against China Legends, the proceeds from which were donated to charity by Suning.

Next
Inter Summer Tour, the Nerazzurri have touched down in Nanjing