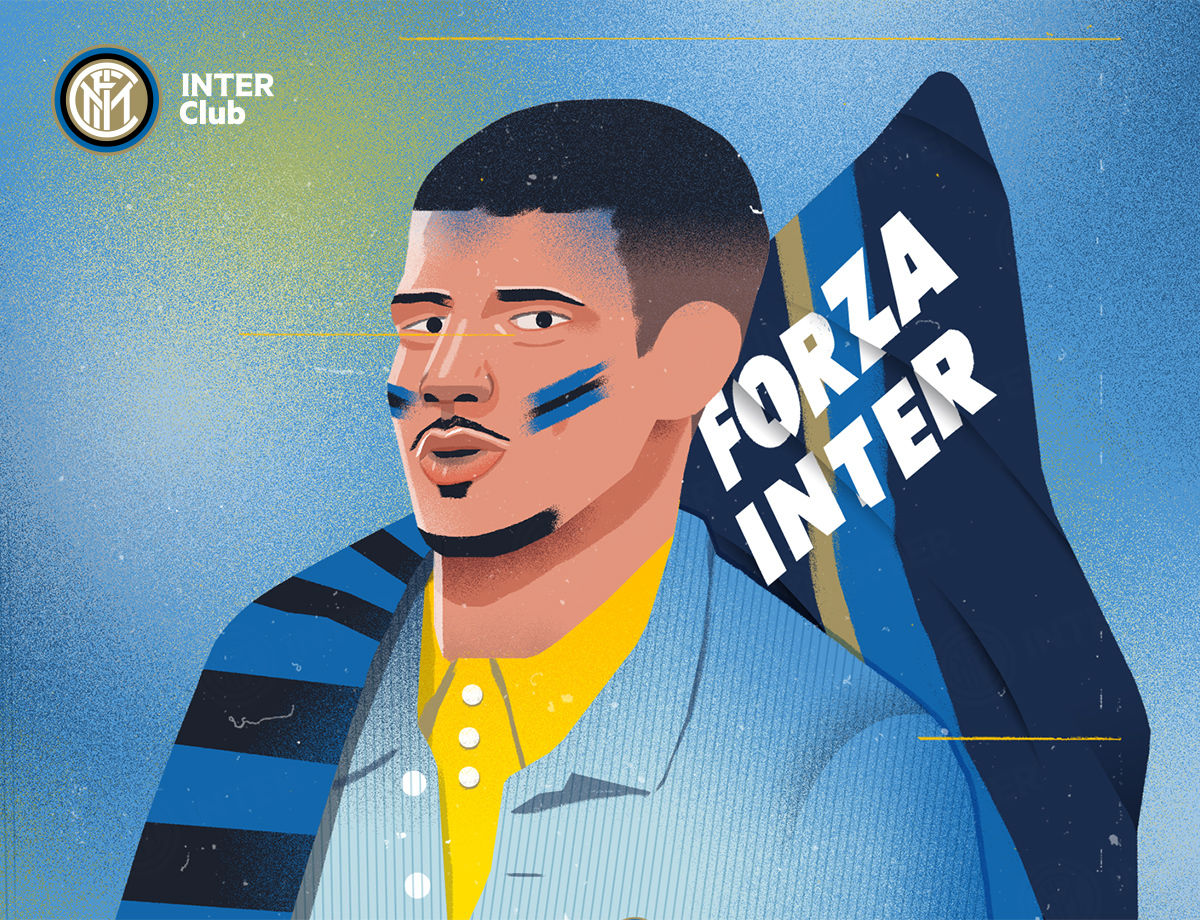 Learn more oabout the characters in the new Inter Club campaign. The 'Alfiere' is up first!

MILAN - All the faces that feature in the 2019/2020 Inter Club subscriber campaign.

The first chapter is dedicated to the ‘Alfiere’. They are the people who manage the banners inside the stadium, proudly showing the names of the different clubs.

Our star in this category is Enrico Cuaz. He was born in 1966 in Switzerland and grew up in Italy before moving to Paris.

A traveller, a father, an ‘Alfiere’, but an Interista above all else.

“I fell in love with Inter at the age of seven," he explains. "It seems absurd but my love for the Beneamata was born at the Stadio Comunale in Turin for a match between Juventus and Inter. I was down the side with my dad and for the whole of the first half, I was watching Giacinto Facchetti running all the way up and down the flank. There, I understood that I loved that shirt and those colours.

“In 1982, I moved to France where after a week, I got to know the person who would become the first member for the establishment of Inter Club Parigi. When we met, only a few words were needed before we understood that Inter was what brought us together.

"Over 30 years ago, it wasn’t easy to follow Inter from thousands of kilometres away and I missed the black and blue. I remember that I had a little radio that I used to follow the matches but it didn’t get a very good signal and I’d have to move to a higher spot. At times I’d go to Montmartre, other Sundays I’d invite myself to a friend’s house. She lived on the eighth floor obviously!

"As an ‘Alfiere’, I’ve been on loads of trips. The one I remember most fondly was the first organised with Inter Club on 11 November 1984. There was a real hunger for football in Paris and 50 of us took the train for Milan. After leaving San Siro, we were ecstatic after seeing Inter beat Juventus 4-0 with a Rummenigge brace and goals from Ferri and Collovati.

“I remember a lot of the teams but Gigi Simoni’s is the one that sticks with me the most. It was a perfect mix of characters. From Ronaldo to Pagliuca, Colonnese to Moriero and Bergomi. They were fighters and quality people.

"What does it mean to bee a part of Inter Club? Thinking of my own story, I’d say that it means being a part of a community where people have different backgrounds and lifestyles but a great passion that brings us all together. For me, this is what Inter is. It’s passion and something that I feel really strongly inside me.

"I like to introduce myself as an Interista. I’m a father, a traveller, an ‘alfiere’ but very much an Interista."

Next
Antonio Conte: "We want to make our fans proud"

Conte: "An uphill struggle from the start, we still need to grow to reach Real's level"

Handanovic: "We have 3 games in which to give our all, assessments after the fact"

Conte: "Our approach wasn't the best, we need to always play with the same ferocity"