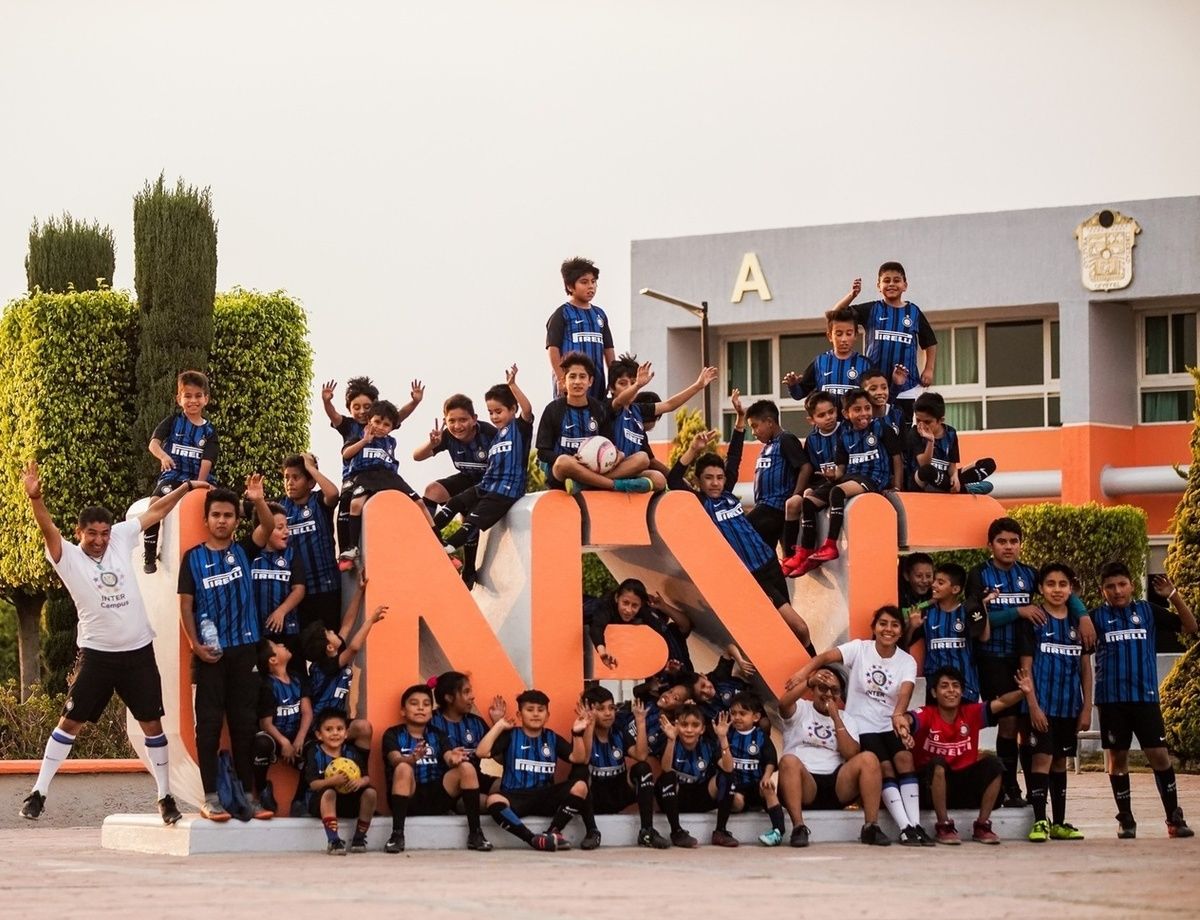 We’re often asked how a project can last for a long time while still coming up with new ideas when returning to a place twice a year over a long period. If we look back, the answer is simple: it's because the project has been met with serious challenges in the past as people made sacrifices to ensure its success.

Ecatepec is one of the most dangerous areas in all of Mexico with almost two million inhabitants. It all begun for Inter campus with a cement pitch, a few children, poor quality equipment and not many parents engaged in the project. There were two real catalysts. One was the passion from the coaches and the children and the other was the UNEVE university, who, like us, believed from the very start.

After six years, over 60 boys and girls are now involved​​​​​​, the latter being part of a project to combat violence against women, something which is unfortunately all too common in the area.

Eight coaches and assistants, three of whom were previously children in the project, are now involved in an active project to engage families with regard to making early interventions and respecting children’s needs. There is a new 7-a-side pitch made of artificial turf and university staff are studying how sport and football in our case can serve as a protective force in an environment with social problems.

Three times a week, the children are full of enthusiasm as they pursue their dreams with the university, which provides a safe environment. They're joined by a team of teachers/coaches who combine passion with educational skills.

The project is certainly on the up, with all parties involved showing great commitment. This will no doubt pay off in the future and it sets an example for the many projects around the world.

Next
Inter Women, 7 Nerazzurre called up to their national teams

Inter Campus, a story of integration