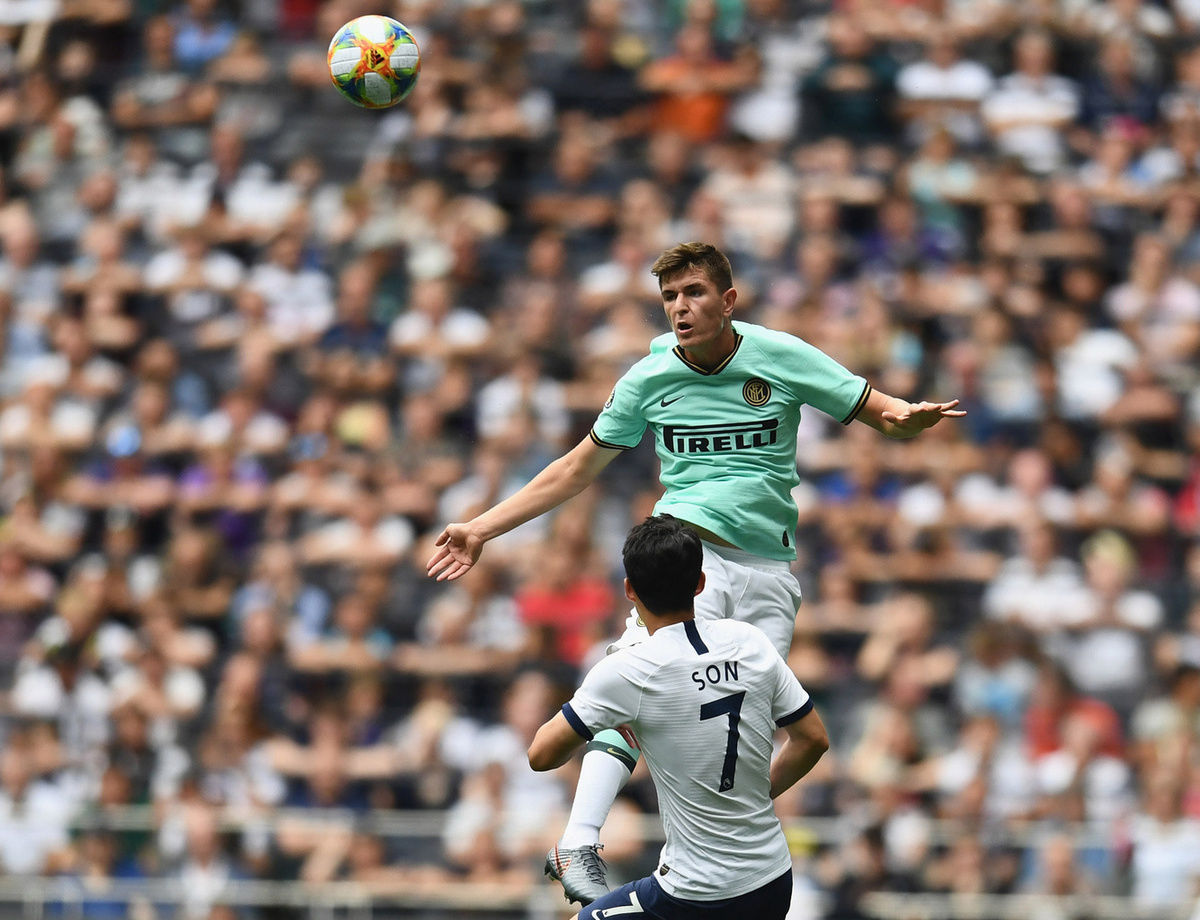 PIROLA: "IT'S A GREAT FEELING TO HAVE ACHIEVED THIS PERSONAL GOAL"

London - More precious minutes for Lorenzo Pirola, the defender born in 2002 who was once again called up to the First Team for the final game in the 2019 International Champions Cup, which saw the Nerazzurri beat Tottenham on penalties after it finished 1-1 in regular time. "It was a really great feeling to step onto such an huge stage, in such a beautiful stadium, against a big club like Tottenham," he said speaking to Inter TV.

"I'm truly happy about what I've achieved today. When I'm here I look to imitate the great players who play in my position in the First Team, I take inspiration from them in every situation possible. The team is improving game after game, there's a real desire to build something special here," he concluded.

Next
De Vrij: "We're satisfied with our performance and the attitude we displayed"