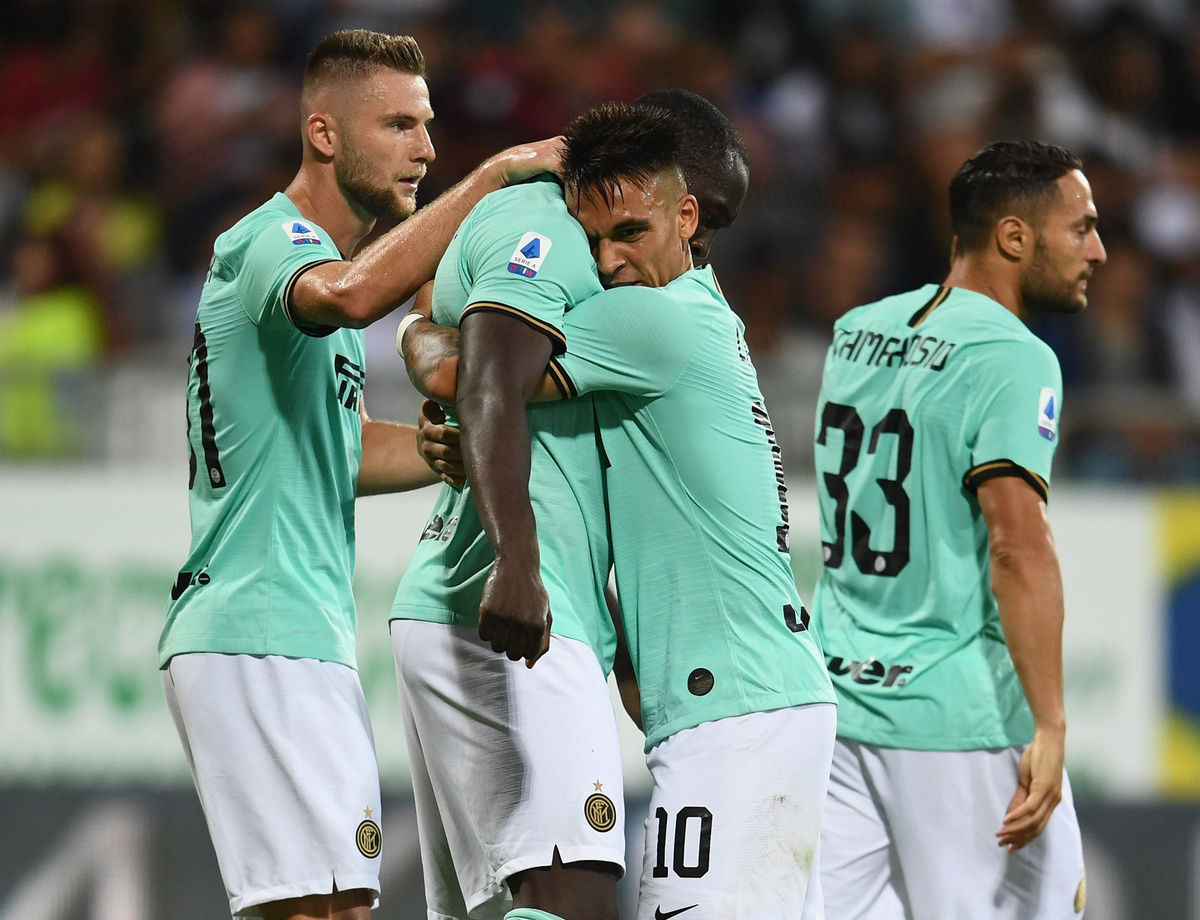 CAGLIARI 1-2 INTER, ALL YOU NEED TO KNOW

MILAN - A second consecutive victory for Antonio Conte’s Inter, who thanks to goals from Lautaro Martinez and Lukaku arrive at the first break in the league on maximum points, an achievement reached three times in the last five seasons by the Nerazzurri. Scorer of the goal to break the deadlock, El Toro has confirmed Cagliari as one of his favourite teams to face: the Sardinians are not only the team against which he scored his first goal in Serie A, but are also the only team against which he has scored more than one goal (three in total). Lautaro Martinez's goal, in addition to being the fourth header (out of seven goals) scored by the Argentine in Serie A, came with the first shot on target of the match, the same of which is true for Cagliari’s equaliser when it arrived. Inter’s opening goal also saw them score their first resulting from a corner in Serie A for what seems an eternity, with the last coming against Juventus in April. Lukaku secured the win with his second goal in two games, and thanks to his well-dispatched penalty in the 72nd minute he goes down as the fourth player since 1994/95 to have scored in his first two games with the Nerazzurri in Serie A: the others being Stevan Jovetic, Giampaolo Pazzini and Roberto Carlos.

Next
Ryan Nolan signs for Arezzo