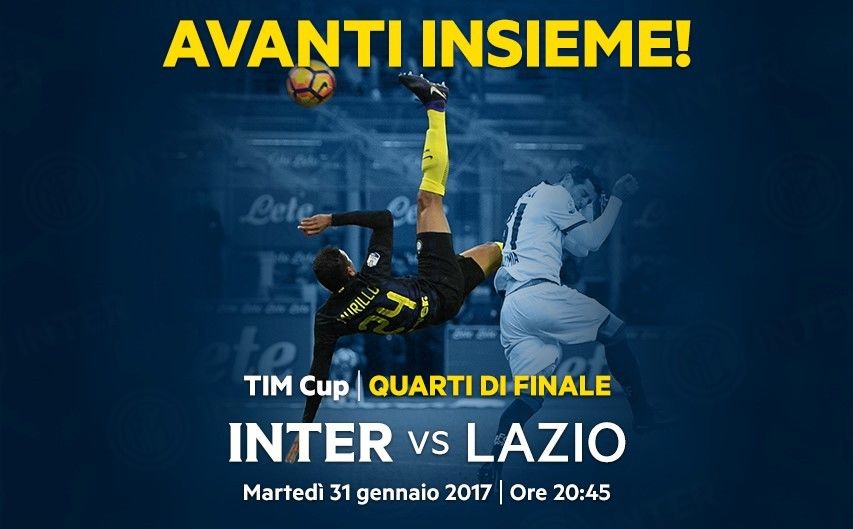 MILAN - Lazio will provide the opposition for Stefano Pioli's men in the 2016/17 Coppa Italia quarter-finals after they triumphed over Genoa in the last 16 on Wednesday night.

Opening strikes by Filip Djordjevic (20) and Wesley Hoedt (31) were cancelled out before the interval by Mauricio Pinilla (41) and Goran Pandev (45), but substitutes Sergej Milinkovic-Savic (70) and Ciro Immobile (75) then ensured Lazio's passage to the final eight with a goal apiece midway through the second half.

Tickets for Inter v Lazio, to be played at the Stadio Meazza on Tuesday 31 January 2017 (20:45 kick-off), can be purchased at www.inter.it/en/biglietteria.

Next
Erick Thohir in Milan

Working towards Inter vs. Fiorentina: the photos from training

Perisic: "I'm happy to be back"