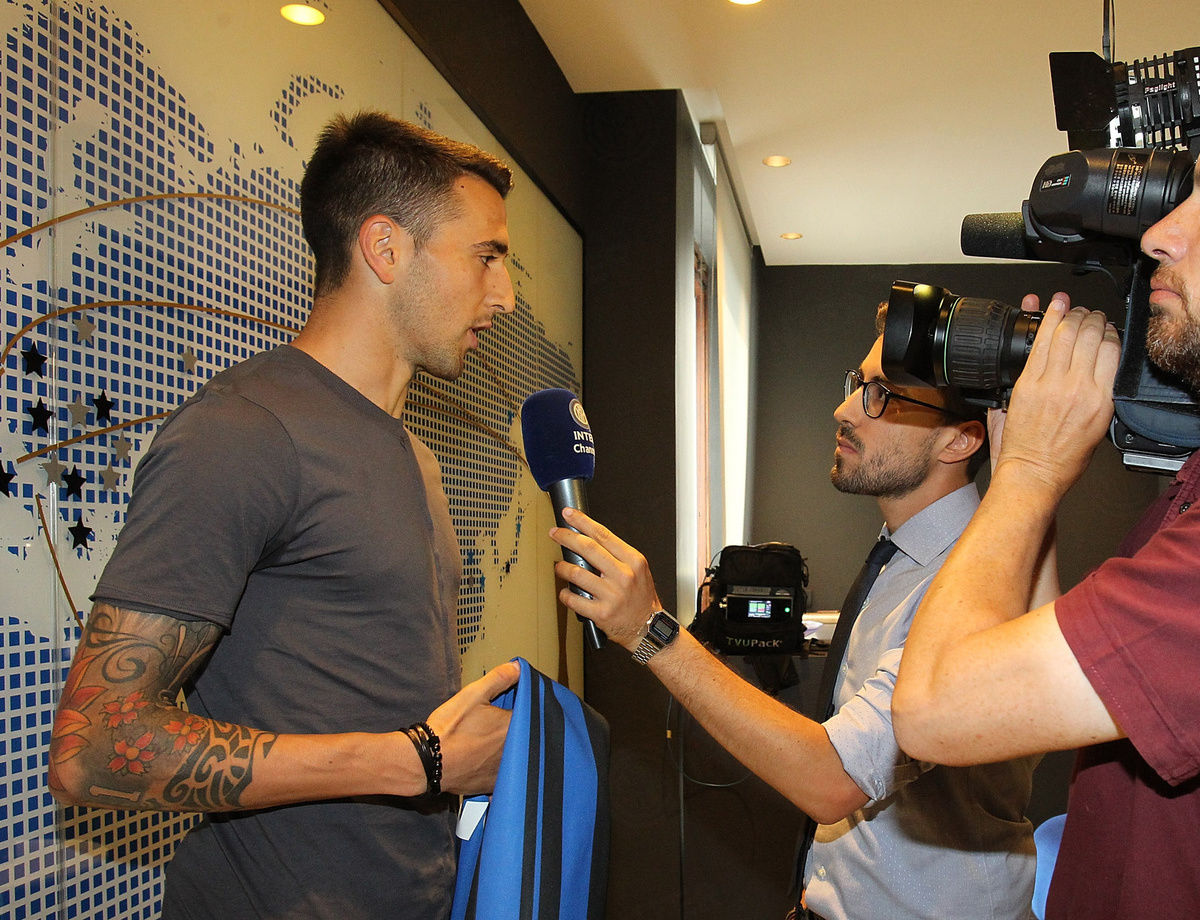 VECINO: I'M EXTREMELY HAPPY TO BE HERE IN MILAN”

Speaking exclusively to the Inter Channel, this is what the Uruguayan midfielder had to say: “I’m joining Inter at the right time, it’ll be a positive adventure”

MILAN - “I am really happy to be here in Milan and it is a very important moment for me,” said Uruguayan midfielder Matias Vecino when speaking exclusively to the Inter Channel. “I will start working with the squad tomorrow and I hope to start well. I have been in Italy for a few years now and I believe that I am the right age and have the experience to make this a positive adventure. I hope to flourish whilst wearing this great shirt.”

At Inter, Vecino will now meet up again with his former teammate Borja Valero: “Not only is he a very good player, but he is also a great person. He will undoubtedly do well because he has a lot of quality.”

The Uruguayan has already received some very significant well wishes, notably from Recoba: “He is one of the greatest Uruguayan players. I had the fortune of playing with him at Nacional and together we helped the team win the championship. He was one of the first to call me after I linked up with Inter and I can only thank him because he helped me a lot in Uruguay.”

As for singling out a figure of inspiration ahead of this latest move, Vecino was forthright and honest about who his personal choice would be: “Obviously Javier Zanetti because he has made history here, whilst always setting an example both on and off the pitch.”

Next
Matias Vecino is now a Nerazzurri player!