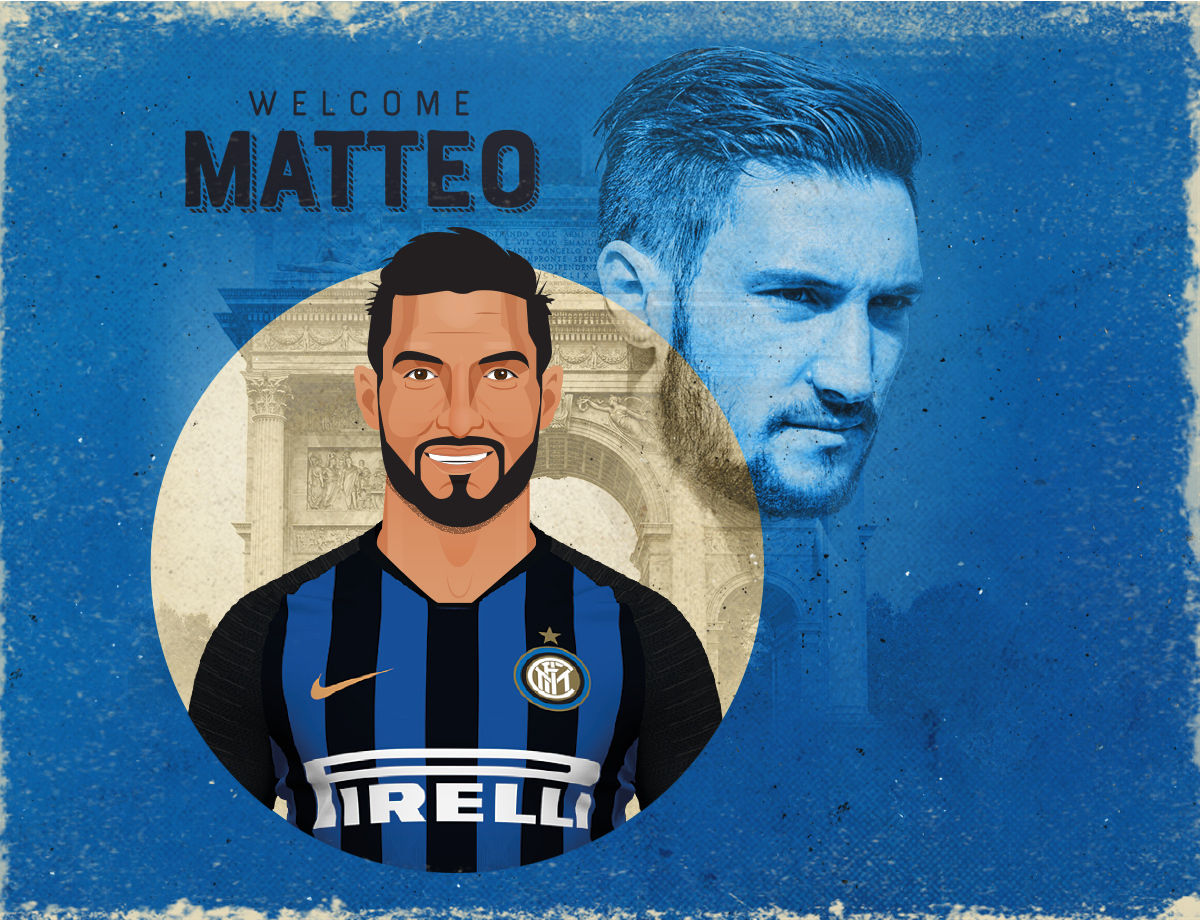 MATTEO POLITANO IS AN INTER PLAYER!

30/06/2018
MILAN - Matteo Politano is officially an Inter player. The Italian attacker has joined the Nerazzurri on a one-year loan with a right to buy next season.
Born in Rome on August 3rd, 1993, Politano came through the Giallorossi youth sector. He featured for the Primavera and helped them secure the Scudetto in 2010-11 and the Coppa Italia in 2011-12. Matteo went on loan to Perugia the following season and made his professional debut in Lega Pro. His 10 goals from 35 appearances played a part in helping the Umbrian side reach the play-offs.
This positive spell with Perugia earned Politano a jump up to Serie B, with Pescara obtaining his signature in the summer of 2013. Matteo soon slotted into the first team and scored six goals in 32 appearances. His second year in Abruzzo saw the striker really establish himself at the club, making 49 appearances and scoring six goals. He was a key figure for Marco Baroni and then Massimo Oddo, with Pescara just missing out Serie A promotion after losing to Bologna in the play-off final.
At this point, Matteo was ready to make the step up to Italy’s top tier, duly signing for Eusebio Di Francesco’s Sassuolo in July 2015. Politano’s performances improved significantly during his time with the Neroverdi, scoring five league goals in each of his first two seasons, and three in the Europa League during the latter.
The 2017-18 season saw him really emerge as a top player, as he played a key role in keeping Giuseppe Iachini’s side in Serie A. He put in a solid run of impressive performances, scoring 10 league goals and one in the TIM Cup. This duly earned him a call-up to Roberto Mancini’s National Team, making his Azzurri debut in a friendly against Saudi Arabia on May 28th.
He’s left-footed with rapid pace and smart technique. He’s versatile (can also play on the wings and in numerous roles across the front) and is also a threat from set-pieces. Luciano Spalletti will now have Matteo Politano available as an additional danger man up front.
#WelcomeMatteo and best of luck ahead of your new Inter adventure!

Next
#WelcomeMatteo: the first photos of Politano as a Nerazzurri player