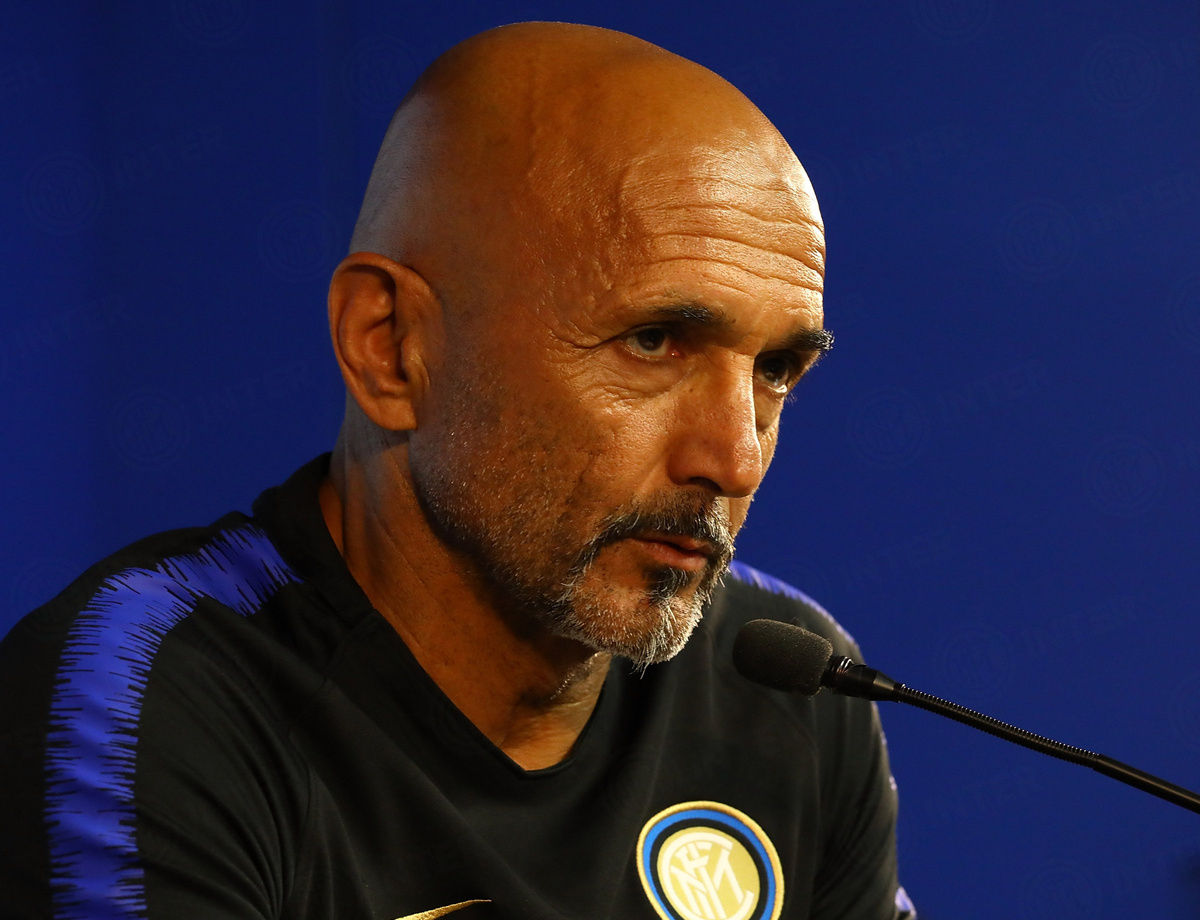 SPALLETTI: "THE MATCH IN BERGAMO IS AN EXTENSION OF THE CHAMPIONS LEAGUE"

The Nerazzurri tactician ahead of Atalanta vs. Inter: "It's vital to have have the right mental state. Atalanta have the potential to be near the top"

APPIANO GENTILE – Coach Spalletti held a press conference on the eve of the match between Inter and Atalanta and had this to say at the Suning Training Centre at Appiano Gentile: "This will be an extremely difficult game because it comes before the international break and after Tuesday’s game. From a mental perspective, it’s vital to treat the next game like a Champions League game. Atalanta have the potential to be a team near the top of the league, they just made a slow start to the season.

"You can mix it up in midfield: the deep-lying midfielder and the one who gets further forward can swap during the game. We are capable of finding solutions to problems irrespective of who lines up. The run of wins is what we needed after losing ground at the beginning of the season. I expected a reaction like this, but we have to remain focused and not become complacent.

"There’s always a risk that coaches could react to whatever is going on around them. Mourinho said he wouldn’t do it again but as long as it remains at that level, it’s part of the spectacle. If you provoke the lion, it will roar.

"Brozovic has a compass in his feet. He knows where the ball needs to go and is a player who takes notes during the game and goes on to use what he’s learnt in the correct way. He has become a big player for us. I think it’s important to have a lot of big players in a team.

"Juventus are probably stronger than the rest, but there are teams who can question this assertion. Every team will have to be impeccable and do the impossible to change where this league is heading.

"Atalanta vs. Inter will give us the opportunity to see where we are in terms of our development. We need to keep motivating ourselves to constantly improve.

"I’m happy that an agreement has been made for a collaboration between the two Milanese clubs as regards San Siro. I’m all for making steps forward, and if two big clubs make a contribution towards the stadium I’m sure improvements will be made.

"We are very happy with Perisic because performances aren't simply assessed based on goals and assists, and I’m thinking of Skriniar and Handanovic when I say this. Perisic has played very well so far and has helped us achieve our current league position. Dalbert has done well and deserves to be playing more, but Asamoah is doing extremely well in that position. We are playing in a number of competitions and we need a strong squad.

"Gagliardini, Dalbert and Joao Mario deserve to be praised for being exemplary professionals. It's not easy when your teammates go away to play in the Champions League and you stay at home to train. They're demonstrating that they're always ready."

Next
Atalanta vs. Inter, all the match information

Inter v Venezia - all you need to know