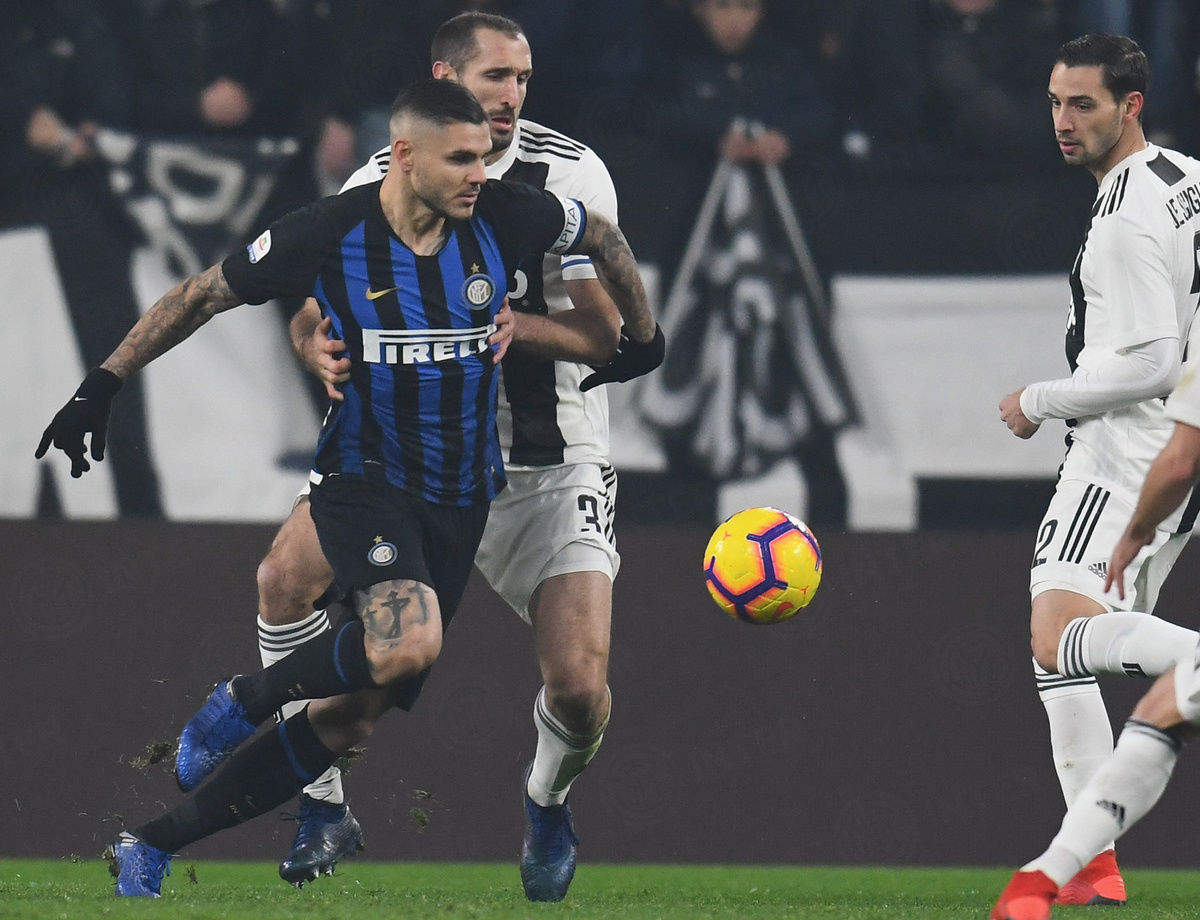 TURIN - Inter battled on an equal footing with the leaders Juventus, hit the post through Gagliardini but in the end, Mario Mandzukic’s 66th-minute header proved decisive. The result leaves Luciano Spalletti’s side on 29 points after 15 matches.

Inter showed character from the start, playing bravely at the Allianz Stadium. Juventus had the first shots on goal. In the eighth minute, Dybala headed over from Cristiano Ronaldo’s cross. Two minutes later, Handanovic tipped behind for a corner from the Argentine. The Nerazzurri had two attempts soon after. In the 14th minute, Szczesny blocked a long-range effort from Vrsaljko while Chiellini showed good timing to get to the ball ahead of Icardi in the six-yard-box from Perisic’s cross.

The biggest chance of the first half fell in the 29th minute for Gagliardini. Politano played the ball in the box to Icardi who played it off for the oncoming no.5 who was clean through against the goalkeeper but his left-footed effort hit the post. At the end of the half, the Bianconeri continued to apply pressure once again. In the 35th minute, Handanovic dived to save from Mandzukic’s header, just after Brozovic did brilliantly to block from Betancur. At the break, an entertaining first half ended with the score still goalless.

The teams returned to the pitch with no changes made at the break. In the 48th minute, Inter had a great chance to go in front: Matuidi lost the ball in his own box, giving Icardi the chance to play the ball to Politano. The Italian’s shot was blocked by Bonucci, however. In the 52nd minute, Matuidi was again involved, this time at the other end: the Frenchman’s cross was missed by everybody apart from Perisic, who managed to put it behind for a corner. Just a few seconds later, the Nerazzurri lost the ball when playing out from the back. Dybala was thankfully unable to take advantage as he shot over with his left foot. In the 58th minute, Spalletti brought on Borja Valero in Politano’s place as the Inter boss looked to shake things up. Eight minutes later, however, Juventus scored the opening goal of the game as Mandzukic got in front of Asamoah to head past Handanovic following Cancelo’s cross. In response, Spalletti replaced Gagliardini with Keita. After 74 minutes, Perisic tried his luck from a free kick, but the Croatian’s effort was deflected behind for a corner. The Nerazzurri’s final change came 15 minutes before the end as Lautaro Martinez took Joao Mario’s place, a substitution which saw Inter adopt an attacking 4-2-4 formation. Five minutes later, Lautaro found Keita at the edge of the area, but Chiellini got in the way of the Senegalese player’s shot. Inter pushed until the end: in the 92nd minute, Lautaro tried his luck with a volley following Cancelo’s wayward clearance, but his effort went wide. After five minutes of stoppage time, Juventus vs. Inter finished 1-0 to the home side.

Next
Miranda: "We wasted some big chances"

Conte: "We're becoming a tough team, the Europa League is an opportunity to improve further"

Lukaku and Eriksen overcome Getafe, Inter into the quarter-finals of the Europa League

Lukaku has bagged 30: "Difficult game, we're already thinking about the next one"