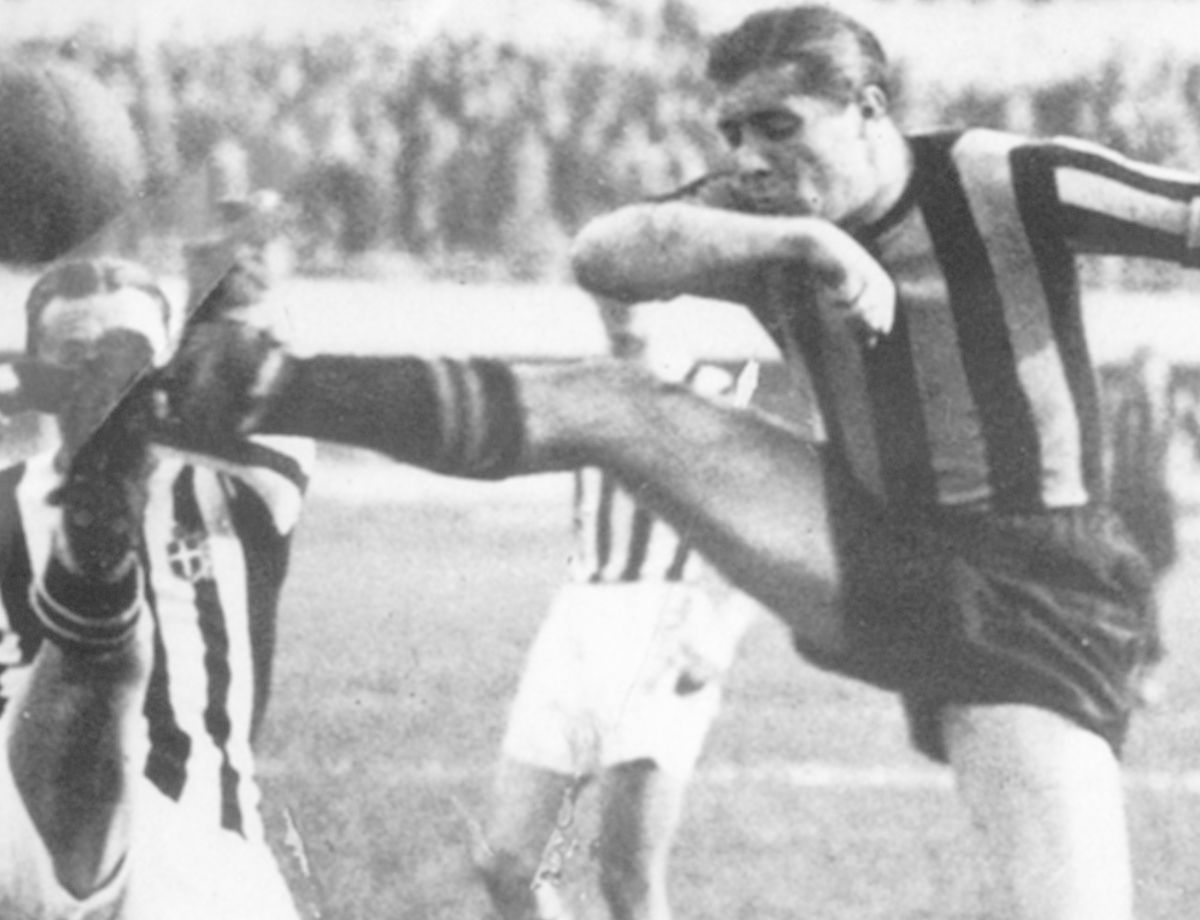 After Ronaldo's induction in 2018, it's now time for the Nerazzurri's greatest-ever goalscorer

MILAN - Giuseppe Meazza has been inducted into the FC Internazionale Milano Hall of Fame. After the first four Nerazzurri legends entered the Nerazzurri Hall of Fame in 2018, including Walter Zenga, Javier Zanetti, Lothar Matthäus and Ronaldo, it’s now Meazza’s turn to join them, alongside Francesco Toldo, Giacinto Facchetti and Dejan Stankovic. The following extract discusses the career of Giuseppe Meazza, who died in 1979.

When they saw him in the dressing room, his teammates were surprised and also slightly annoyed:  “Do we now also have to let Balilla kids play as well?” It was 1927 and they were yet to understand the reason behind Arpad Weisz’s intuition. They didn’t yet know that this 17-year-old lad would go on to become one of Inter’s and Italian football’s greatest-ever players.

In Milan’s Porta Vittoria they called him Peppin. For everyone else, he was Giuseppe Meazza. He was the first real footballing icon, a man that everyone idolised. On the pitch he was unbeatable and unpredictable, a true master, while off it, he was a style icon. When he inspired Italy’s win over Hungary in Budapest in 1930, he returned to find 25,000 people waiting for him at Milan station.

He had class and could shoot, while also possessing a unique eye for goal. “I'm a centre forward by trade but a mezzala out of necessity.” His control was delicate and precise, which allowed him to operate also as an offensive playmaker, however, his natural talent was scoring goals. Whether that be with his left or right foot. As only happens with great players, Meazza also earned his own goalscoring trademark. The ‘gol a invito’ where one skips past the goalkeeper and places the ball effortlessly into an empty net.

He was an innovator and the greatest goalscorer in the club’s history: 284 in 408 appearances for Inter. During 14 seasons with the club, he won two Scudetti and one Coppa Italia, while also representing the club as captain for nine years. For the San Siro to be named in his honour was only a natural progression. Giuseppe Meazza is often called the ‘greatest of all’, not only for the Nerazzurri but also for Italy supporters alike – winning two World Cups in 1934 and 1938.

“I want to be like Meazza,” was the frequent shout among children, while Peppin was dribbling, scoring and making dreams come true for Inter fans. Undoubtedly, Giuseppe Meazza left a dazzling legacy that all can admire.

Next
Primavera 1 TIM: Quotes from Madonna, Zappa and Schirò after Inter vs. Torino