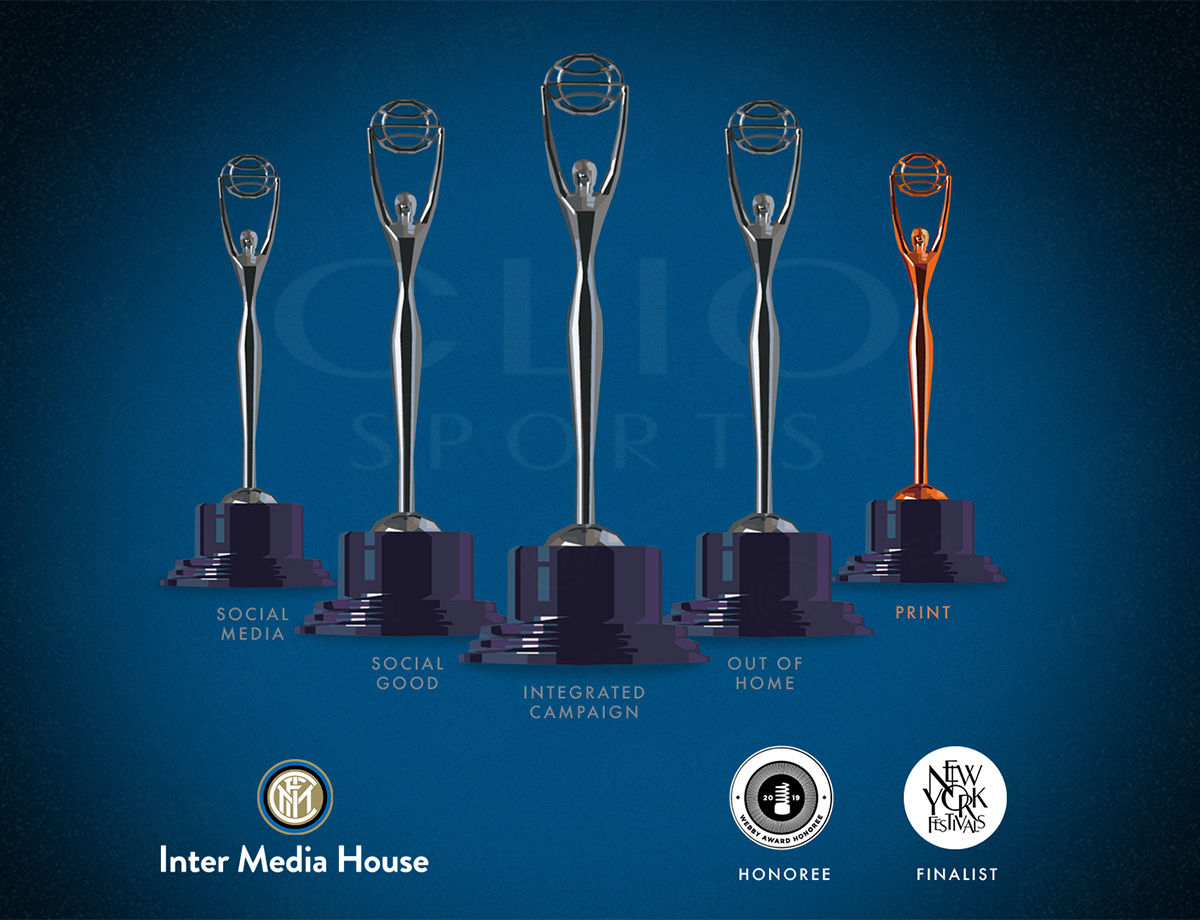 International recognition for the Club and the 'A riveder le stelle', 'BUU - Brothers Universally United' and 'Interpresents'campaigns

MILAN- After the success of last season, FC Internazionale Milano was once again recognised by Clio Sports in one of the main international events in the field of sports communications

The 2018-19 season ticket campaign took four awards. ‘A riveder le stelle’ took bronze in the ‘Print’ category, silver in the ‘Social Media - Multiplatform’, ‘Integrated Campaign’ and ‘Out of Home’. The Club’s BUU-Brothers Universally United campaign against all forms of discrimination also took silver in the jury’s vote for the ‘Social Good’ category.

These projects have allowed Inter Media House to engage with Nerazzurri fans around the world and bring them closer to the Club. As previously happened at Christmas 2018 with the Interpresents campaign which made the shortlist from Clio Sports in the ‘Social Media - Multiplatform’ and was recognised in the ‘Social - Sports’ category at the Webby Awards, the web’s version of the Oscars from the International Academy of Digital Arts and Sciences.

The Nerazzurri colours were also represented at the prestigious setting of the New York Festivals where the 2018-19 ‘A riveder le stelle’ campaign was nominated as a finalist in the ‘Outdoor’ category.

Such awards and accolades prove the aim of the Club and Inter Media House to promote and enhance the passion of the fans.