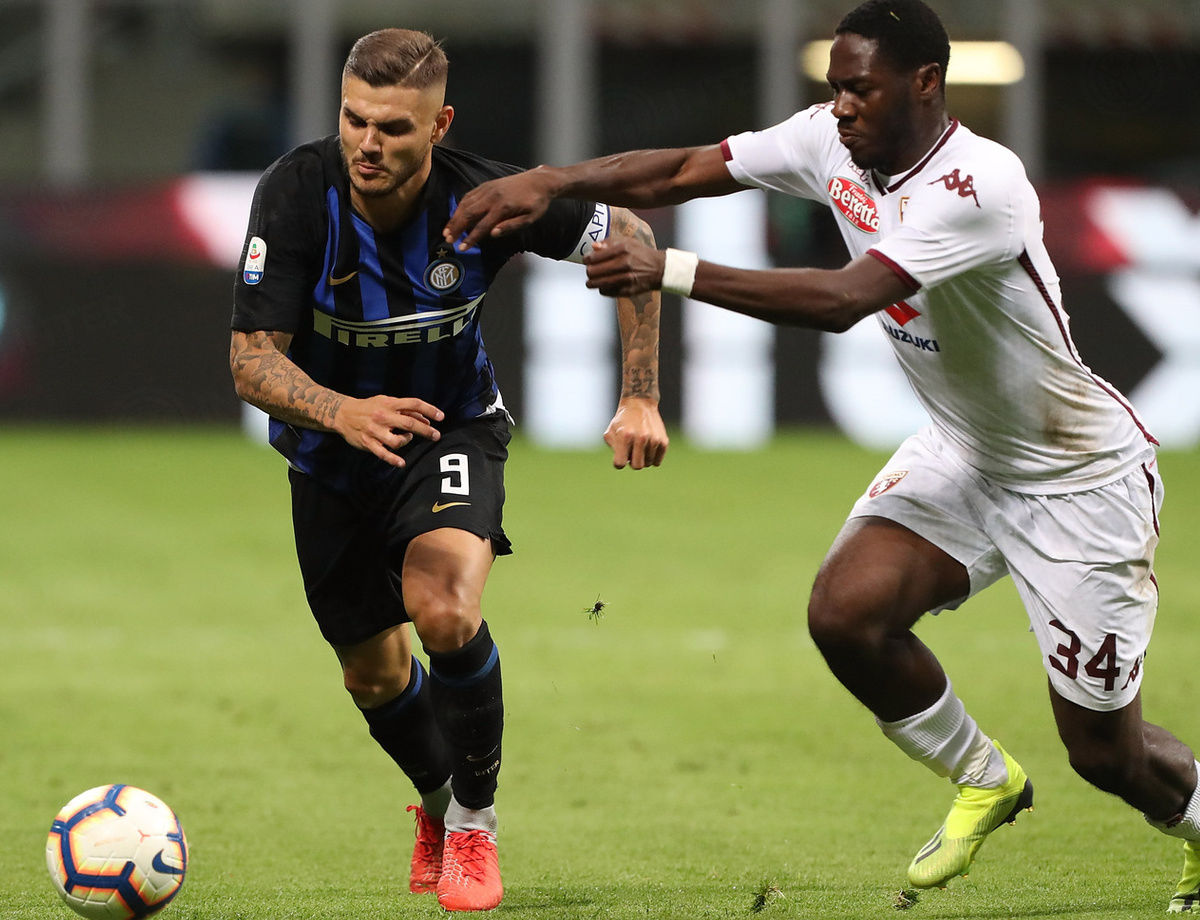 MILAN - Inter were held to a frustrating draw during their first home game of the season on Sunday, as Torino completed a successful second-half comeback through Belotti and Meite. Goals from Perisic and De Vrij initially put the Nerazzurri ahead, although this final result now leaves Luciano Spalletti’s side with one point after two games.

In terms of the first half, Inter could not have gotten off to a better start. After just seven minutes, Perisic fired the hosts in front with a wicked right-footed strike past Sirigu. With the opener in the bag, the Nerazzurri continued pressing and Politano forced a good save from Sirigu in the 15th minute. The 30th minute then saw Vrsaljko earn his side a corner after some great play from Politano. The team’s second came just two minutes later. A set-piece in a good position was swung in well by Politano, with De Vrij accurately heading the ball past Sirigu to score his first goal in a Nerazzurri shirt.

Pushed on by 60,000 spectators at San Siro, Luciano Spalletti’s side didn’t stop pressing and Vecino was the next man to try his luck in the 35th minute. Torino eventually responded, with De Silvestri forcing a comfortable save from Handanovic six minutes from the break. Iago Falque then struck a fierce free-kick that whistled just past the post just before the first-half whistle was blown.

After the break, Torino came back out with more determination. In the 50th minute, Handanovic blocked Rincon’s left-footed strike from the edge of the area but five minutes later, Belotti went around him after controlling the perfect ball over the top from Iago Falque to score. Inter looked to respond in the 65th minute with a good break from Politano but Icardi just couldn’t reach the pass from the Nerazzurri’s No.16. Three minutes later, the visitors found an equaliser. Meite picked up the ball at the edge of the area, went past Perisic and didn’t connect cleanly with his left-foot strike but it still went in beyond Handanovic. Spalletti reacted by sending Keita on for Vrsaljko (Dalbert previously came on for Asamoah). In the 76th minute, Perisic fired narrowly wide from distance before substitute Ljajic forced a save from Handanovic. In the 84th minute, it was Sirigu’s turn to save as he punched away a powerful but central effort from Icardi before saving a Perisic shot that was bound for the corner in stoppage time. After 93 minutes, Mazzoleni blew his whistle and it finished 2-2.

On Saturday 1st September at 18:00 CEST, the Nerazzurri will face Bologna on matchday three with the aim of claiming the first win of the season. #ForzaInter!

Next
The photo gallery from Inter vs. Torino

The build-up to Inter vs. Sampdoria, Conte: “No nerves, we’re focused on ourselves alone”

Stats and trivia ahead of Inter vs. Sampdoria