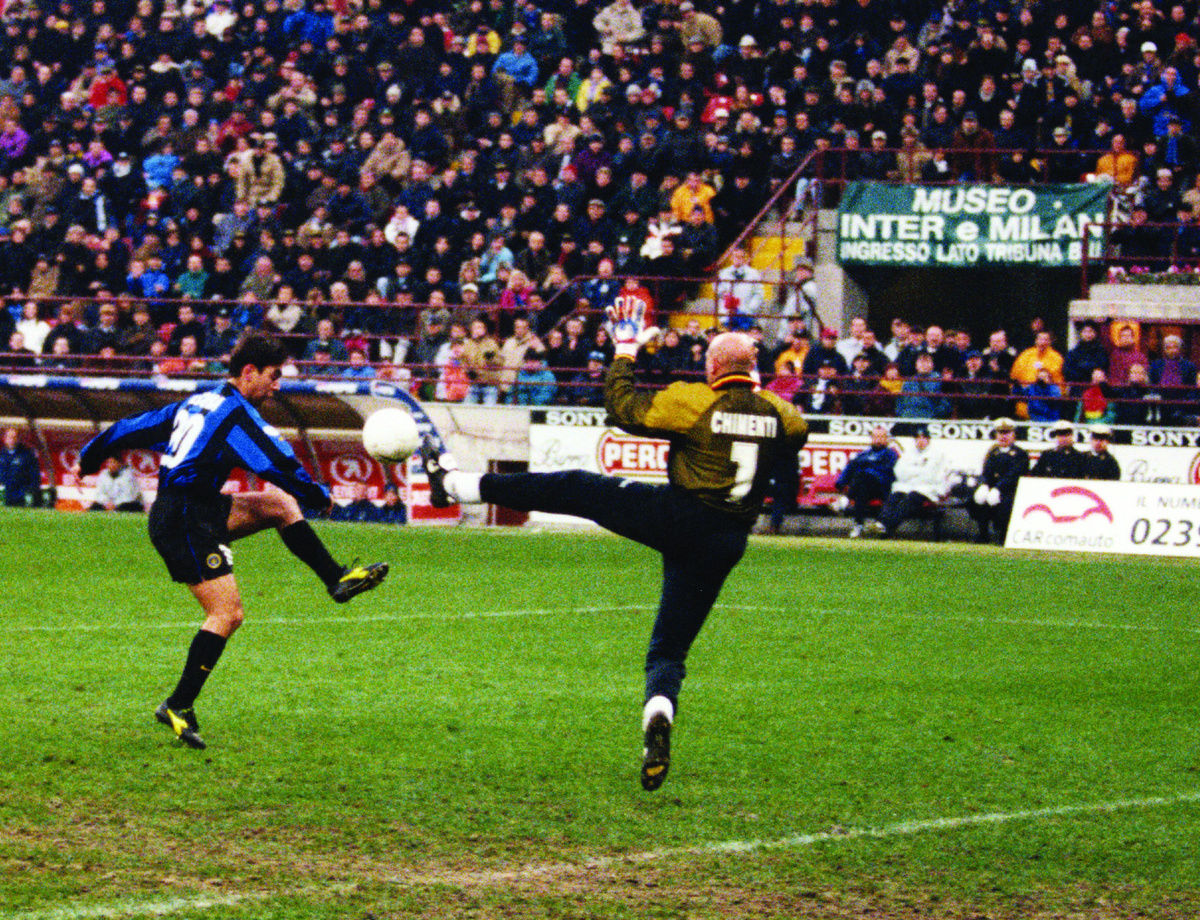 MILAN - Left foot. Right. Left, right. Left and right again. Like a dance with each step leading to the next but this was on a wet and slightly muddy pitch. It was a November afternoon 20 years ago. A grey, cold and humid day. The genius on the pitch helped warm things up. Inter vs. Lecce on Monday night will kick off the 2019/20 Serie A TIM season for Inter and we’re looking back to the matchday ten fixture in the 1999-2000 season which was the Nerazzurri’s biggest win against the Giallorossi. 6-0 with a different scorer for each goal, three with the left foot and three with the right.

The deadlock was broken 61 seconds in by a magnificent left-foot Georgatos free-kick routine that picked out the corner. The lead was doubled after ten minutes as Zanetti burst forward to beat Chimenti with his right. By the end of the half, it was 4-0 thanks to Jugovic’s left-foot effort and Zamorano’s right-footed strike after he went through alone against Chimenti.

In the second half, Ronaldo made it 5-0 from the spot before a stunning goal from Recoba wrapped things up. The Chino had come on for Ronaldo whose problems with knee injuries started that game. With his back turned to goal, Recoba controlled the ball with his left before flicking it over his should and past the defender before finishing beyond the oncoming goalkeeper. It was a goal of unique beauty and a way to remember that goal-fest although the knee problems for Ronaldo would prove to be the real negative from the win.

PHOTOS | An immediate return to the training pitch, Hellas Verona coming up on Sunday

Vote for the MVP from Spezia vs. Inter

Inter held to a 1-1 draw by Spezia